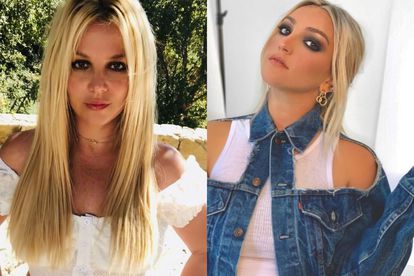 Britney Spears teased that she wants to release a book. Taking to Instagram the Toxic hitmaker asked her 35.4 million followers for their thoughts on what she should name the book.

“Psssssss also great news … I’m thinking of releasing a book 📚 next year 😜 but I’m having issues coming up with a title so maybe my fans could help !!!!,” she wrote on Instagram.

Just 24 hours after her sister, Jamie Lynn Spears had to rename her book, Britney presented her followers with two options!

It is not the first time Britney Spears seemingly threw shade at her sister and it may not be the last. Britney’s book announcement comes less than 24 hours after Jamie announced that she changed the name of her upcoming memoir.

The book was initially titled I Must Confess which is a lyric from Britney’s 1998 single Baby One More Time. However, after receiving backlash from Britney fans she changed the name to Things I Should Have Said.

“THINGS I SHOULD HAVE SAID” has been in the works for quite a longggg time now. Back In 2017, after Maddie’s life changing accident, I felt a strong conviction to share my story, but there was a lot of personal work and healing that had to happen before I could share my truth the proper way,” wrote Jamie on Instagram.

“I’ve spent my whole life believing that I had to pretend to be perfect, even when I wasn’t, so for the first time I am opening up about my own mental health, because this process challenged me to have to be painfully honest with myself, and face a lot of hard things, that I normally would have just glossed right over, like I was taught to,” she continued in the lengthy post.

THE ONGOING FEUD BETWEEN BRITNEY AND JAMIE

Britney is “almost” free from the conservatorship that put her father Jamie Spears in control of her finances and more. However, she wants to sue her family for letting her remain under the allegedly abusive conservatorship for the past 13 years.

In July, the singer called out the Zoey 101 star for performing her song Till the World Ends at the 2017 Radio Disney Music Awards.

“I don’t like that my sister showed up at an awards show and performed MY SONGS to remixes,” she wrote on Instagram

“My so-called support system hurt me deeply !!!! This conservatorship killed my dreams,” she continued.

Jamie responded with a message on her profile saying “May the peace of the Lord be with you”. However, the Gimme More hitmaker was not having it. She seemingly mocked her sister by writing “May the Lord wrap your mean a** up in joy today,” as a caption of a video she posted.