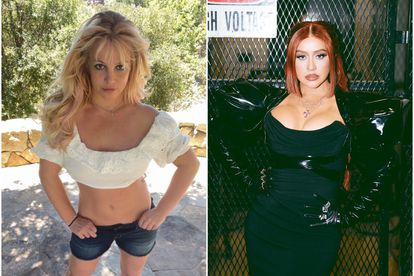 The former friends and Mickey Mouse Clubhouse colleagues have long been pitted against each other. Now, Britney claims that her longtime rival has “refused”to speak out on her 13 year conservatorship, despite “knowing the truth”.

Christina Aguilera found herself in Britney Spears’s bad books after she refused to answer a question relating to the latter’s legal woes on the Latin Grammys red carpet.

The singer was approached by reporters on the red carpet, who asked if she had recently spoken to Britney.

Before she could answer, Christina’s publicist jumped in, stating: “We’re not doing that.” Christina then added: “I can’t…But I’m really happy for her!”.

Social media users immediately caught wind of the clip, accusing the Reflection hitmaker of being “shady”.

It wasn’t long before Britney Spears also reacted to the clip on her own Instagram account, blasting Christina Aguilera for not supporting her journey.

She wrote over a picture of Christina: “I love and adore everyone who supported me …but refusing to speak, when you know the truth is equivalent to a lie! 13 years being in a corrupt abusive system, yet why is it such a hard topic for people to talk about?

“I’m the one who went through it! All the supporters who spoke up and supported me thank you … Yes I do matter!”.

In a separate post, Britney praised Lady Gaga for showing her support – both on and off social media.

She wrote: “Thank you @ladygaga for genuinely taking your time to say something so kind. You made me cry! love you!”