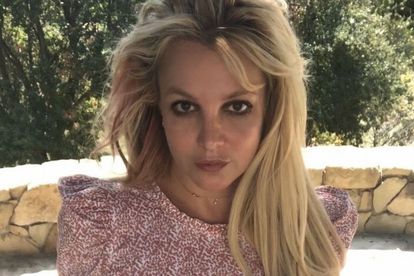 American singer Britney Spears celebrated her freedom by going fully nude on Instagram on Thursday 1 October, while on “baecation” with her fiancé Sam Asghari.

BRITNEY GOES ON ‘BAECATION’ TO CELEBRATE HER FREEDOM

Britney Spears and her fiance Sam Agshari took a vacation to celebrate the judge’s decision to suspend her father, Jamie Spears as her conservator, after 13 years.

“Britney burst into tears upon hearing the judge’s decision,” said a source to Page Six.

“For the longest time, she had begun to think that she would never see the day that her father’s domineering control over every single aspect of her life would end, but it finally happened,” the source continued.

In celebration of the decision and huge win for the #FreeBritney movement, the Toxic hitmaker and Sam Asghari are basking in the sun and enjoying views of the Pacific ocean.

After posting several topless photos on Instagram, followed by photos in a barely-there thong, Britney Spears has now decided to take it all off! In an album post, while on vacation, Britney shared full nude snaps with just flower emojis covering her body.

In other photos she posted, she is yet again seen topless with just her hand covering her breasts.

Following the conservatorship ruling, Jamie Spears’ lawyer,  Vivian L. Thoreen released a statement on behalf of him. The statement said that the decision to suspend him as Britney’s conservator was “all the more disappointing, and frankly, a loss for Britney”.

Thoreen went on to say that Jamie loves his daughter unconditionally and everything he tried to do in the duration of the conservatorship was in her best interests.

“Mr. Spears loves his daughter Britney unconditionally. For thirteen years, he has tried to do what is in her best interests, whether as a conservator or her father,” Vivian L. Thoreen in a statement.

“This started with agreeing to serve as her conservator when she voluntarily entered into the conservatorship,” she continued.