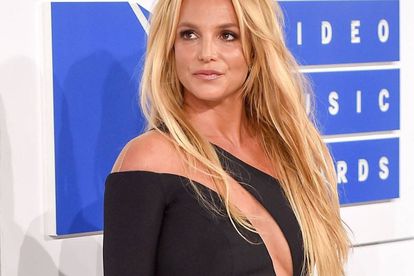 Britney Spears is back on Instagram. The 39-year-old songstress took a brief break from the photo-sharing platform after it was revealed that boyfriend Sam Asghari had asked her to marry him.

And having said yes before enjoying a few days away with her husband to be, Britney has now confirmed she’s back on the site.

Posting two photos with an accompanying message, she said:

“I couldn’t stay away from the gram too long so I’m back already!!!! Psss I took these in Palm Springs with clip-in extensions.”

Spears – who had more than 34 million followers – said she’d decided to deactivate her account, before revealing via Twitter that she’s now planning to focus her attention on her romance.

“Don’t worry folks … just taking a little break from social media to celebrate my engagement !!! I’ll be back soon.”

GETTING ENGAGED AND DEALING WITH FAME

Spears and Asghari have been dating since 2016 and they announced their engagement earlier this month. The pop icon took the decision to quit Instagram shortly after Asghari insisted he won’t compromise his happiness to pursue fame.

The personal trainer said he doesn’t crave fame, and after getting engaged to Spears, Asghari explained that he won’t allow stardom to deprive him of happiness.

“Fame is not a job. So I don’t want to take it too seriously. And I don’t think that’s ever going to change, to be honest,” he reflected.

Asghari also revealed that he and his fiancee are both extremely competitive with each other.

“A lot of people don’t get that she’s a crazy, crazy athlete. We play tennis together. We play ping-pong together. She’s really good at ping-pong. It’s a real competition,” he shared.