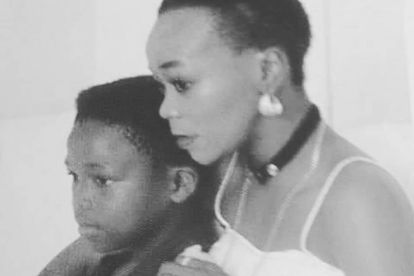 Chicco Twala will produce a Netflix doccie on Brenda Fassie, but what of her son Bongani Fassie?
Image via Facebook
Bongani Fassie

Chicco Twala will produce a Netflix doccie on Brenda Fassie, but what of her son Bongani Fassie?
Image via Facebook
Bongani Fassie

Chicco Twala may be keeping a low profile surrounding his private life, but inside the studio, he is working on producing a documentary about the late great South African singer Brenda Fassie.

This year, fans remember the prolific singer, songwriter, and activist 18 years after her sudden passing in 2004

Brenda Fassie died at the age of 39 after allegedly overdosing on cocaine. She left behind a son; Bongani Fassie, whom she shared with former husband Dumisane Ngubeni.

Netflix will be celebrating her life with a documentary, which is set to air next year.

In a tweet posted by entertainment journalist Phil Mphela, it was revealed that music producer Chicco Twala is set to produce the film.

Twala worked with Brenda as her manager, producing a substantial amount of her music in the studio.’

He said: “Brenda was like a sister to me. We will have an argument today and then the next day we would have forgotten about it”.

“Brenda was amazing in the studio. Friendly and always in a good mood to work.”

“Her association with ordinary people was great, she used to socialise with everyone irrespective of who you are. Fame and money meant nothing to her.”

According to the publication, Chicco is also keen to open a rehabilitation centre in memory of the star.

WILL BONGANI FASSIE BE INVOLVED?

In 2018, Chicco Twala and Brenda Fassie’s son Bongani were embroiled in a heated exchange of words.

Bongani was keen to work on a biopic about his mother, whilst Chicco was unhappy that it did not involve him

The music producer even filed a legal application to stop the production of the film, claiming he had the rights to her music and any films about her.

He told City Press: “Besides my company having the rights‚ I have never been consulted by anyone. I feel disrespected and undermined‚ especially being the one who has written and produced almost 75% of the late singer’s songs.”

Bongani retorted to Tshisalive: “Chicco Twala does not own Brenda. He doesn’t own the Fassie family. He does not own any of us. We give him to God”.

However, in 2019, the Pretoria High Court dismissed an application from Twala to permanently interdict Bongani’s biopic plans.

Bongani told the Sunday Times of the bitter, public feud: “I had doubts the film would happen. But I promised the nation I would make sure that my mother’s story would be told, and now that I am seeing the fulfillment of it, I am a little overwhelmed.”

The biopic has yet to materialise. It’s unclear if Bongani Fassie is involved in the Netflix documentary about his mother.

ALSO READ: ‘She was traumatised’: Chicco Twala on Kelly’s call after Senzo’s murder