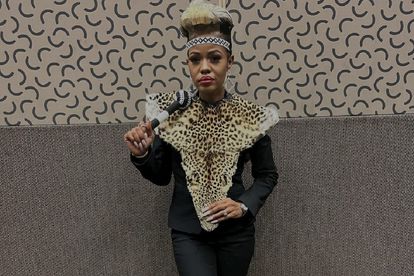 Zandie Khumalo does not fear cancel culture. Image via @zandie_khumalo_gumede/Instagram

Zandie Khumalo does not fear cancel culture. Image via @zandie_khumalo_gumede/Instagram

Afropop singer Zandie Khumalo — who was present the night late Orlando Pirates goalkeeper Senzo Meyiwa was murdered during an alleged arm robbery — has revealed that she is not shaken by cancel culture.

In an Instagram post on Tuesday, 15 November, the Ikhwela singer told her fans that she belongs to nobody but God.

Zandie Khumalo’s statement comes after a fan tweeted that they would not be cancelling her and her sister Kelly Khumalo as netizens are still calling for the two musicians to be cancelled over Senzo Meyiwa’s murder in October 2014.

ALSO READ: ‘If my son is guilty he should go to jail’: Chicco Twala on Longwe

ALSO READ: ‘To buy them off’: Tweeps on Chicco Twala visiting Meyiwa family

While he was being cross-examined, the court heard — defence counsel for accused number one to four, Timothy Thobane — that Madlala’s statement alleged that Longwe Twala was the one who shot and killed Meyiwa.

Zandie Khumalo also shared with her followers on Wednesday morning that she had a dream of herself and her family behind the witness box in court.

“After work, I had a late afternoon nap and had a dream where we as a family had decided that we don’t want any media present in court when we testify; not even our voices should be heard angisho sinamanga (because we are considered liars), so we don’t want to waste any more of the people’s time since we are guilty already in their eyes, so we rather testify to the court alone since they are the only ones who haven’t found us guilty,” she said.

“My biggest fear is that my dreams always come true,” she added.