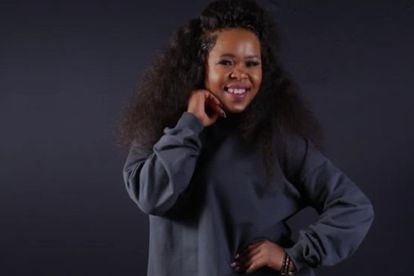 The SABC is reportedly threatening to pull the plug on Zahara’s reality TV series — before it even airs — if she does not ‘clean her act up’. Image via @zaharasa

The SABC is reportedly threatening to pull the plug on Zahara’s reality TV series — before it even airs — if she does not ‘clean her act up’. Image via @zaharasa

Afrosoul singer Zahara (real name Bulelwa Mkutukana) is skating on thin ice and stands to lose her reality TV show if she does not “clean up her act” — according to City Press.

Sources have revealed that the production team she is working with has reported her to the SABC who gave her an ultimatum.

According to one mole, shooting had to be paused as the production team and Zahara were not seeing eye to eye. The Loliwe hitmaker was allegedly also not pitching for shoots at times.

“They had to call a meeting with the SABC on Wednesday after she missed a shoot and asked the producers to come to her at a different location. She said she was visiting some guy in Katlehong and the film crew should follow her there if they wanted to film that day,” said the source.

Meanwhile, another source claimed that this was not the first time. The same thing allegedly happened about two weeks ago.

“She missed a flight back to Johannesburg because she’d had a quarrel with a member of her management team at the East London airport after we’d gone to her home to film her with her family.”

The SABC allegedly threatened to pull the plug on the show should Zahara continue with her “problem child” tendencies.

“She did [behave herself] for the time being. She’s been filming properly and is expected to wrap everything up this week. The show depends on her cleaning her act up and it’s sad that she doesn’t seem to understand her own brand and acts out of character. It isn’t good [for her image]” the source added.

Last month, the Mgodi singer was accused of performing while under the influence of alcohol by fans who had been attending the Macufe Lifestyle Divas Show in Bloemfontein. However, Zahara debunked those rumours, saying the videos that were being posted on social media were edited.

SINGER ON HER REALITY TV SHOW

In August Zahara spoke briefly to Drum about her reality TV show.

“We are in the final planning stages of the reality show and we will start shooting next week,” she says.

The singer revealed that she’s finally ready to let people into her life and tell her story her way.

“People think they know me, but they don’t really know me. I want to show people my spiritual side, my family, my close friend, and who I am dating. I know people love Zahara and I want even the mama in the village who I have healed through my music to see how I live and how I think. It will be unscripted and show who I truly am. I am all about inspiring people and healing,” she explains.