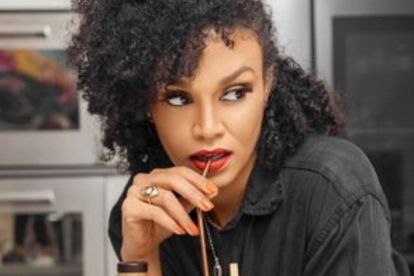 South Africans tweeps may love drama on their timeline, but if there is one conflict they want to stay out of, it’s the war between Russia and Ukraine. Which is why comments by Minister of International Relations and Cooperation of South Africa Naledi Pandor did not go down well…

And even celebrities are weighing in by “nervously” laughing off jokes about Mzansi being potentially dragged into “World War 3”.

NALEDI PANDOR WEIGHS IN ON WAR

The minister said in a written statement: “South Africa’s position has been (and is) continuing to encourage all the parties to strengthen all diplomatic efforts to avoid an escalation of tensions, and work towards an inclusive, sustainable and peaceful solution based on cooperation and dialogue.

“In this regard South Africa encourages all parties to approach dialogue with the spirit of compromise in order to move the process forward without accusing any party… Something that would not be helpful in the efforts to resolve the conflict.

“South Africa stands by its principled position of peaceful resolution of conflicts”.

On Twitter, South Africans demanded to know “which South Africa” Naledi Pandor was referring to.

Siv Ngesi tweeted: “ANC can’t even fix a pothole ,but they want to fix the relationship between Russia and Ukraine”.

He added in a separate tweet: “Only bombs ANC know, are Jägerbombs”.

Comedian Rory Petzer jokingly tweeted: “Naledi Pandor actually dispatched troops to Ukraine and Russia on Tuesday, but they’re still at King Shaka Airport. Their flight has been delayed and all their bags are already missing”.

Other celebs like Pearl Thusi, Anele Mdoda and Gigi Lamaye expressed the fear in being involuntarily dragged into the war