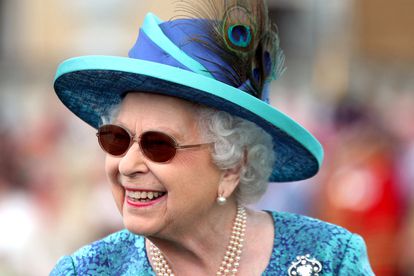 Queen Elizabeth II is no ordinary queen and will celebrate 70 years on the throne throughout 2022!

Yes, on 6 February 2022, Queen Elizabeth II will become the first British Monarch to celebrate a Platinum Jubilee. In celebration of this, Buckingham Palace revealed details of various events that are set to take place in 2022, including a record-breaking picnic:

According to The Telegraph, a lunchtime picnic in Windsor on 5 June to mark the Platinum Jubilee is expected to become the longest ever held, breaking a record set in Memphis, Tennessee, in 2019.

Lisa Hunter, the organiser, said the party would involve a 500m-long table – 100m longer than the previous record, set at the May International Festival in the US city.

“We’re trying to encourage people to come together on 5 June to say thank you to the Queen but also to neighbours, friends and people who have made a difference over the last two years,” Lisa said, according to The Telegraph.

“About 500m of picnic tables is what we’re aiming for, which works out to 1 600-and-a-few people. That’s the aim – if we can make it a bit longer then that’s fantastic, but that’s the minimum. The idea is for everyone in the community from all walks of life to come together in a celebration.”

Organisers hope that the celebrations for the Queen’s Platinum Jubilee will be bigger than the Queen’s 1977 Silver Jubilee and the wedding of Prince Charles and Princess Diana in 1981.

The Windsor Big Lunch is said to be part of National Thank You Day on Sunday, 5 June, first held in 2021 to celebrate communities helping each other during the pandemic, which this year is being timed to be part of the Jubilee celebrations.

Other celebration includes the Platinum Pudding competition which will be discovered via a nationwide baking competition, to be judged by Mary Berry, Monica Galetti and Buckingham Palace Head Chef, Mark Flanagan.

However, one of the main events includes the Queen’s Birthday Parade on 2 June, where the Irish Guards will “Troop” their Colour.