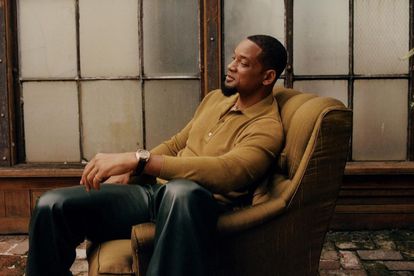 American actor Will Smith admitted to having suicidal thoughts in the trailer of his upcoming fitness show which dropped on 29 October on YouTube.

WILL SMITH ADMITS TO CONSIDERING SUICIDE

In the official trailer of Will Smith: The Best Shape Of My Life, the actor aimed to lose 9kg over 20 weeks.

“When I started this show, I thought I was getting into the best shape of my life physically, but mentally I was somewhere else, I ended up discovering a whole lot of hidden things about myself,” said Will.

The Fresh Prince of Bel-Air star went on to say that there was a time he considered suicide. The trailer did not reveal any details about what led to the suicidal thoughts.

“I’m writing my book and its exposing my life and so many things that people don’t know about me. That was the only time in my life that I ever considered suicide,” continued Will, seated alongside side his daughter Willow Smith and son Jaden Smith.

The Men in Black star’s memoir is titled Will and credits The Subtle Art of Not Giving a F*** author Mark Manson. The memoir releases on 9 November while Will Smith: The Best Shape Of My Life premieres on YouTube on 8 November.

WATCH ‘Will Smith: The Best Shape Of My Life’ trailer

“Will Smith’s embarking on a journey; he’s going to lose 20lbs in 20 weeks and finish his memoir – but what emerges is a Will Smith that you’ve NEVER seen before. A Will Smith who realizes that what he needs to work on most is his mental health. November 8th, only on YouTube Originals,” read the description section of the video.

On an episode of Red Table Talk Will’s wife Jada Pinkett Smith dropped some intimate details of their sex life. Jada then began to trend on Twitter as Tweeps thought she took things too far.

“It’s hard. The thing Will and I talk about a lot is the journey. We started in this at a very young age, you know, 22 years old,” said Jada.

Rapper 50 Cent then defended the Bad Boys star saying that Jada makes their relationship look “weak” and questioned why she kept doing things like that.

“Why she keep doing shit like this? It makes the relationship appear weak. First an entanglement now this, come on! WTF,” wrote the rapper on Instagram, sharing a picture of the Smiths.

This comes after Jada admitted to having an “entanglement” with singer August Alsina last year.