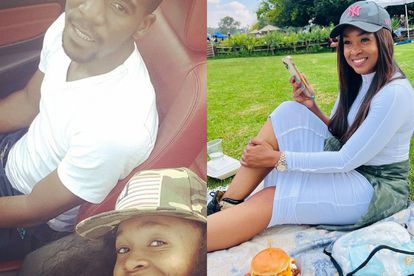 Netflix’s documentary based on the murder of former Bafana Bafana captain Senzo Meyiwa has been trending on Twitter since Thursday 7 April and his wife, Mandisa Mkhize has raised some eyebrows.

Senzo: Murder of a Soccer Star, the Netflix documentary shed light on how everyone knew Senzo loved women and Mandisa knew about his cheating. She appeared to be unbothered about the cheating, although she allegedly found hotel receipts in his laundry.

However, things changed when she found out that Senzo fell in love with Kelly Khumalo. Kelly later fell pregnant with Senzo’s daughter Thingo, who is now eight years old.

Another bombshell revelation from the documentary is that Senzo wanted to make Kelly his second wife. This may not have sat well with Mandisa. So, who is Mandisa?

According to Briefly, Mandisa attended Bophelo Impilo Private School and then Ridge Park College. She later attended Durban University of Technology (DUT) where she studied towards her Diploma of Human Resources and her degree in Business Administration.

3. SHE WAS CONSIDERED TO BE ‘WELL OFF’

Mandisa is considered to come from a wealthy family.

4. MANDISA HAS A DAUGHTER

Mandisa and Senzo share a daughter named Nana. Nana would be 16 this year. She was allegedly “living in poverty” because her donors Red Farm pulled her funding but former referee Andile “Ace” Ncobo is reportedly assisting her with R1500 a month until she turns 21.

5. SHE ALLEGEDLY TRIED TO PUSH KELLY OFF THE ROAD

Kelly Khumalo claimed Mandisa was stalking her and once tried to push her off the road. The singer did not know Senzo was married when she was dating him until that incident.

“We were in a convoy with Senzo and this woman comes up and is like ‘what the hell’ and then I phone him. Like due, what the hell is going on? So we all stopped on the side of the road, I came out to say ‘okay sisi, what is the problem? Why are you trying to push me off the road? Thats when it came out,” said Kelly in a previous interview shown on the Netflix documentary.

“When she started calling me names…you stole my husband. I’m like woah,” she continued.

Kelly thought Senzo was leaving Mandisa for her but he was allegedly spending time with Mandisa behind her back.