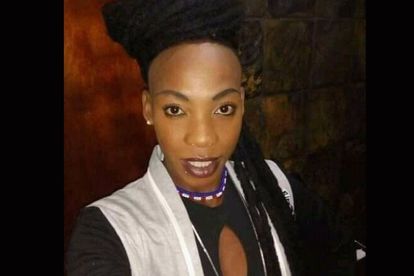 Moja Love confirmed the death of Umndeni star Ongeziwe Percy Madonsela, popularly known as MaLwandle, in a statement on 22 March, but who was he?

Moja Love confirmed that MaLwandle passed away but his cause of death had not been confirmed.

“Moja LOVE is saddened by the passing of MaLwandle, a cast member of Umndeni. He was a colourful spirit that brought so much life to the production. Moja LOVE extends its condolences to his family and friends. May God give them strength and healing through this difficult time and his soul rest in peace,” said Moja Love in a statement.

Sunday World reports that Moja Love’s editor in chief, Nonzwakazi Cekete refused to reveal the cause of death. This was reportedly because this was something the family of MaLwandle had to announce.

MaLwandle shot to fame after he appeared in the first season of Umndeni. He was introduced as Bab Kolobe’s partner but he returned in the second season as one of the wives of Maseko after he had cut romantic ties with Kolobe.

The reality star shared Maseko with five other sister wives including his brother Lwazi.

3. HE WAS KICKED OUT OFF MASEKO’S HOME

MaLwandle was kicked out of Maseko’s home after a quarrel with one of the other wives. Lwazi also packed his things and left with MaLwandle.

Lwazi told Drum Magazine that MaLwandle had fell sick and suddenly died but he could not dive into the details of the death.

“I can’t give out many details about his passing. But yes, it is true. Malwandle died at Umhlanga hospital and the burial is this weekend in KZN,” he said to Drum.

MaLwandle’s burials is set to take place in KwaZulu-Natal. The family is asking the public to kindly assist financially for the funeral.

“We kindly ask anyone who can assist financially towards the funeral to please come forward. I am in a predicament, making funeral arrangements,” Lwazi continued.

Lwazi also said that he had no time to process the news of his brother’s death.

“Maybe I will get a chance to mourn after the burial and the arrangements have been made. Only then will I be able to speak,” he added.