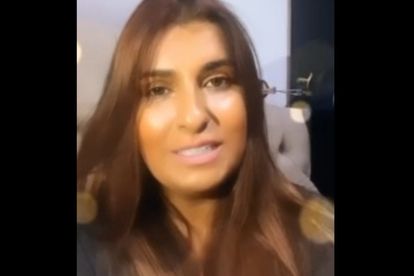 Travel agency Hello Darlings CEO Tasneem Moosa has allegedly defrauded clients through her company for millions of rands spent on holidays that never happened. So, who is Tasneem? Here’s what we know.

Tasneem is the CEO of Hello Darlings – a South African based travel agency. The travel agency offered affordable holiday packages which seems to have attracted many.

The CEO also owns another travel agency based in the United Arab emirates (UAE) and Turkey called Femme Voyages Tourism.

3. TASNEEM IS DUBBED THE ‘HOLIDAY SWINDLER’

Tasneem Moosa has been dubbed as South Africa’s “Holiday Swindler”. This is inspired by the Netflix series The Tinder Swindler in which a man named Simon Leviev swindled many women for money under the pretence that he is rich but his “enemies” are coming for him.

Similarly, Tasneem has been accused of defrauding clients by allegedly taking their money for holidays that never happened. There is a social media group that has been formed by victims.

Victims claimed that they have paid their money but no bookings have been made. So, the group which has around 3000 members have been attempting to locate the Johannesburg-based woman, who has gone missing in action.

4. SHE HAS DEACTIVATED ALL HER SOCIAL MEDIA ACCOUNTS

Tasneem has deactivated all her social media accounts including her Instagram account where she had 16 800 followers. Her variety of phone numbers are not available. So, her victims have no way of contacting her.

The Hello Darlings CEO is said to have also used the services of social media influencers from Cape Town, Johannesburg and Durban to promote her business. The influencers were sent on holidays.

5. SHE WON THE ‘WOMEN OF WONDER’ AWARD

One of the little traces left of Tasneem is a TikTok video where she spoke about how proud she is to receive the Women of Wonder award in December which was presented in Dubai.

“Hello darlings, my name is Tazz Moosa and I am the CEO of Hello Darlings in South and Femme Voyages based in UAE and Turkey. I am proud to be the recipient of the second annual Women of Wonder award taking place in Dubai on the 17 December and hosted by Panache,” she said.