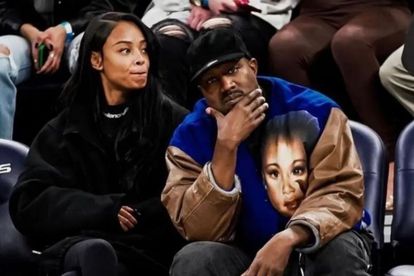 American rapper Kanye West has moved on from his estranged wife Kim Kardashian… again, he is rumoured to be dating 22-year-old Vinetria.

Page Six reports Kanye West is dating 22-year-old Vinetria. He made his first public appearance with her in Minneapolis at his Donda Academy’s debut basketball game.

Kim Kardashian filed for divorce from Kanye in February this year. Since then the rapper had been romantically linked to model Irina Shayk. The pair went on a “birthday baecation” together in France in June.

Over the past weekend there have been reports that the Gold Digger hitmaker still wants to be with Kim. However, from his hairstyle it seems the interview was actually filmed about a month ago. Before the romance rumours between Kim and 27-year-old Pete Davidson surfaced.

It seems Kanye’s mind may have changed since then. As he has reportedly been hooking up with Vinetria for a while now. So, who is Kanye’s rumoured girlfriend?

FIVE THINGS TO KNOW ABOUT VINETRIA

Vinteria is new to the modelling industry but she is signed to Public Image Management. According to her portfolio she is over 1.7 metres tall. She also has dark brown hair and green eyes.

2. SHE’S A FAN OF NUDE SELFIES

Just like Kim, Vinetria is a fan of nude selfies. She posted a nude photo with just her hands covering her breasts in February 2020. Kim also posted several nude selfies on her Instagram over the years.

In 2016, Kim won the Break The Internet Award at Webby Awards and referenced her nude selfies in her acceptance speech.

3. SHE IS FROM CALIFORNIA

The model was raised in California and calls the Golden State home.

4. SHE IS A FAN OF KOURTNEY KARDASHIAN

Vinetria tweeted she was “so happy” for Kim’s older sister Kourtney Kardashian after she got engaged to Travis Barker.

She also reposted a picture of the pair in Paris.

The model once tweeted “why doesn’t Seth Rogen love me?” so its safe to assume she is a fan of the Canadian actor.