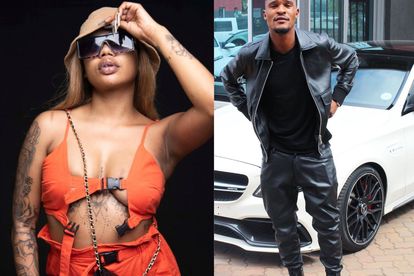 Orlando Pirates attacking midfielder Nkanyiso Zungu proposed to amapiano star Gugu Bikani on Valentine’s Day (14 February) and she she said YES! But who exactly is Zungu’s soon-to-be wife, Gugu Bikani, who is actually a star in her own right.

Orlando Pirates midfielder Nkanyiso Zungu proposed to amapiano darling Gugu Bikani on Valentine’s Day, according to Kick Off. Zungu went down on one knee in the middle of an intimate set-up in front of friends, who were there to witness the big milestone in their relationship.

ALSO READ: Who is Cleo? Five things to know about Keagan Buchanan’s fiancée

1. SHE IS POPULARLY KNOWN AS SOULFUL G

2. GUGU IS FROM SOWETO

The vocalist was born in Diepkloof, Soweto – home to the “Millionaire’s playground” and popular nightclub Konka.

“From Soweto to the world 🌎. Be true to yourself and always remember that nothing is impossible🤞🏽. Your time is coming !!! Just be patient and consistent 🙏🏾. Be your own competition and move at your own lane/Pace …You’ll thank me later 🤞🏽,” she wrote on Instagram.

3. SHE STUDIED AT THE NATIONAL SCHOOL OF ARTS

According to Gugu’s LinkedIn account, she discovered her talent at the age of 14 and studied at the National School of Arts, in Johannesburg.

“I discovered my talent at the age of 14. Therefore my music journey started in 2016 where I joined jamming sessions such as Sawubona music Jam. At the age of 14 I was in a music competition called Can Do which was broadcasted on SABC1. I then started performing with live bands. In 2017 I then started recording and making my own music,” reads her biography on LinkedIn.

The amapiano darling recently released a song, titled Buyisa, featuring Soa Mattrix and Sir Trill. She shared a snippet of the music video’s debut on MTV Base on 20 January. Take a look…

Watch the official video for ‘Buyisa’