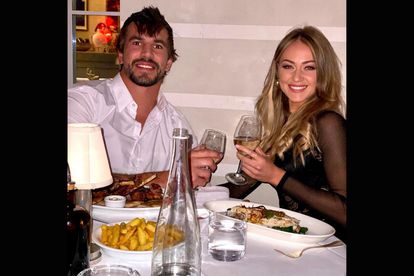 Springbok lock Eben Etzebeth announced that he is happily engaged to Anlia van Rensburg on 25 March… but who is she?

SHE SAID YES! EBEN AND ANLIA ARE ENGAGED

Eben Etzebeth proposed to the love of his life Anlia van Rensburg and she said yes! The cute couple shared posts on Instagram to announce their engagement. It seems the Springbok lock popped the question on Anlia’s birthday. Take a look…

“I’ve never wanted to hear the ‘yes’ word as much as this. You’ve made me the happiest person on the planet!” read the caption when translated to English.

“Thank you for giving me an unforgettable birthday! It was a Holy moment and I do not know if I have ever been so speechless… You are just everything @ebenetzebeth4 On life with you! 🥂,” she continued.

So, who is Anlia?

1. SHE HOLDS HER HONOURS DEGREE IN PERFORMING ARTS

She played the role of Sasha Richter in the Afrikaans series Getroud Met Rugby. The series marked her TV debut.

3. SHE IS KNOWN FOR HER ROLE IN ‘RAISED BY WOLVES’

Anlia is also known for her role in HBO Ridley Scott TV series, Raised by Wolves. Her other acting projects include,

4. ANLIA HAS AN IMPRESSIVE VOICE

5. SHE IS TRAINING IN COMBAT FIGHTING

Don’t let her sweet voice fool you, Anlia has been training in combat fighting as well as gun handling for action films.

ALSO READ: Who is Cleo? Five things to know about Keagan Buchanan’s fiancée