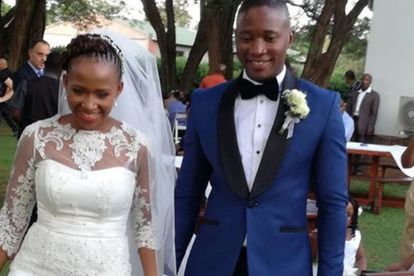 Former sports presenter Walter Mokoena, who has a daughter Thando Mokoena with Pearl Thusi confirms the collapse of his second marriage to Nosizwe Vuso.

A source close to the couple revealed to the publication that Vuso, who’s the daughter of former president Jacob Zuma was often moody and depressed.

“He often complained that their marriage was suffering as a result of Nosizwe’s depression and mood changes. After several family meetings convened with the elders to try and save their marriage, Walter decided to leave their home.”

“He told her he no longer wanted to continue with the marriage under those circumstances and left her.”

The source also said Mokoena, the former SABC sports presenter has moved out of their matrimonial pad in Morningside, Johannesburg, and now lives in Bedfordview, Ekurhuleni.

It is alleged Mokoena and Vuso tied the knot in 2014, but their marriage fell apart when Mokoena started complaining about his wife being depressed and having constant mood swings.

Walter Mokoena, who (according to Sunday World) was previously married to media personality and actress Pearl Thusi also confirmed his split.

“It’s a fact and fact of life, it is what it is. It’s like anything that disappoints and hurts. You can’t sit there and wallow in self-pity and lament. Even the great Madiba [the late president Nelson Mandela] had to go through these kinds of things. Successes and failures are a part of life,” he said.

The sports presenter also said they tried to save their marriage through a series of family meetings which proved fruitless.

Mokoena, who was formerly married to TV personality Pearl Thusi was asked if he would ever get married again…

Vuso had not responded to The South African questions at the time of going to print.