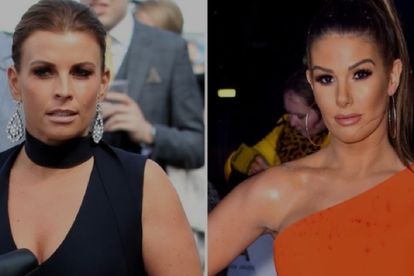 Rebekah Vardy, right, has claimed allegations made by Coleen Rooney, left, caused her great distress during her pregnancy. Image via @breakingnews.ie/Instagram

Rebekah Vardy, right, has claimed allegations made by Coleen Rooney, left, caused her great distress during her pregnancy. Image via @breakingnews.ie/Instagram

The long-awaited libel battle dubbed “Wagatha Christie” between Rebekah Vardy and Coleen Rooney kicked off on Tuesday 10 May at the London High Court with a witness statement from Vardy.

Vardy, 40, and Rooney, 36, are going up against each other in a £3 million (R59.7 million) libel case which involves allegations of “fake stories” about Rooney being leaked to The Sun newspaper in 2019.

Rebekah, who is the wife of Leicester City striker Jamie Vardy, has revealed through a witness statement the devasting impact she suffered after the allegations from former soccer star Wayne Rooney’s wife, Coleen.

ROONEY’S CALL WAS ‘CHILLING AND QUITE MENACING’

Rooney, in October 2019, performed a “sting operation” to find out who was leaking information about her personal life to the press.

After launching an “investigation” via her Instagram account, all fingers allegedly pointed to Vardy whom she blasted on social media and confronted via phone call.

Recounting the day Rooney called her to confront her about the allegations, Vardy (who was seven months pregnant at the time) claims the call was “chilling and quite menacing”, according to The Mirror.

“She told me that she wanted to make me feel paranoid the way she had felt paranoid. I still remember her tone on that telephone call vividly.

“It was extremely ­calculated and cold and she showed no remorse even though I was very upset. I found it very chilling and quite menacing.”

The mom-of-five further revealed the call left her fearing for her unborn baby’s life.

At the time of the allegations, Vardy says she was on holiday in Dubai. According to the New York Post, she started receiving lots of attacks on Instagram.

“I started getting really bad pains in my stomach when we got back to the hotel. They were contraction-type pains and I panicked that the baby was in danger. “

The I’m A Celebrity reality TV star explained that she also called her eldest daughter’s school to make them aware of the situation in order to protect her.

“All I cared about at that point was protecting my ­children. I knew there must have been a mistake. I was genuinely scared that I might lose my baby as a result of the stress I was under. I even felt suicidal. In the last two months of my ­pregnancy following the allegation and before my youngest daughter’s birth I was admitted to hospital on three occasions. I was diagnosed with stress induced kidney stones.”