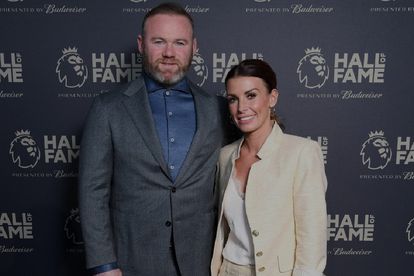 Coleen Rooney has signed a multimillion pound deal with Disney+ for a tell-all Wagatha Christie doccie that will see her out-earn her husband, Wayne Rooney. Image via @coleen_rooney/Instagram

Coleen Rooney has signed a multimillion pound deal with Disney+ for a tell-all Wagatha Christie doccie that will see her out-earn her husband, Wayne Rooney. Image via @coleen_rooney/Instagram

It’s victory after victory for WAG Coleen Rooney as she has reportedly signed a multi-million pound deal with Disney+ for the rights of a tell-all Wagatha Christie documentary.

According to The Sun, the deal will see Coleen making more money than her husband, Wayne Rooney — former Manchester United and England national football team star.

The publication reports that there was a bidding war with rival networks including Amazon Prime, Netflix and Discovery, but Coleen chose Disney+

“This is a massive deal for Coleen — in every sense. For the first time in 20 years, she will be the main breadwinner,” a source told the publication.

Wayne Rooney currently manages MLS side DC United in Washington, US, and earns a reported £800,000 (R16 million) a year. The couple have been together since they were 16 years old. They are 36 years old now and have four children together.

COLEEN TO TELL HER SIDE OF THE WAGATHA CHRISTIE CASE

The source further said that the aim is for Coleen to also get across her side of the story in terms of Wagatha Christie.

“Now the public will see first hand the toll this whole case took on her, and her family — and why she took the action she took.

“Cameras had — and continue to have — unfiltered access to her home. Viewers will see what was going on in Coleen’s head in the weeks after her infamous ‘…it’s Rebekah Vardy’s account’ post. It will be TV dynamite,” adds the source.

The ruling came after Rebekah sued Coleen for accusing her of leaking “false stories” about her private life to The Sun newspaper in 2019. Coleen had carried out a “sting operation” which led to her concluding that the reality TV star was the culprit.

Mrs Justice Steyn concluded that “significant parts” of Vardy’s evidence were not credible and that there were many times during the trial when her evidence “was manifestly inconsistent with the contemporaneous documentary evidence, evasive or implausible”.

She also ruled that Vardy, 40, and her former agent Caroline Watt had deliberately destroyed potentially damning evidence which was in the form of WhatsApp messages.

Both WAGS racked up about £1.5million (R30 million) in legal fees. A hearing to decide who pays what is set for 21 September.