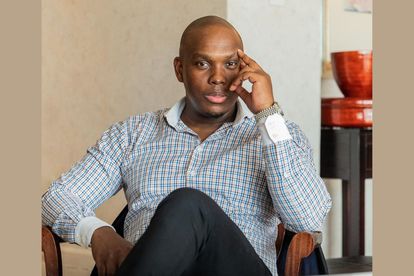 According to Sunday World Vusi Thembekwayo allegedly assaulted his wife Palesa Thembekwayo. The publication states that Vusi slapped his wife and dragged her by the feet during a heated argument in their home.

Vusi responded to the allegations via a statement.

“It has come to my attention that media tabloids have shared the news that myself and my family are currently going through a difficult period. To address the news first-hand I can confirm that I flew back to South Africa on 6 December 2021 — from an international trip to attend to a situation pertaining to my wife and her long standing battle with substance abuse,” wrote Vusi.

“As it stands I maintain my innocence and will prove this in the appropriate forum and trust the justice department to deal with it accordingly,” he continued.

TWEEPS: ‘SOMETHING IS FISHY’

Tweeps were not impressed that Vusi brought up his wife’s alleged substance abuse in his response because they thought it was unncessary. Others did not mind him “exposing” wife. So here’s a look at Tweep’s responses..

“That statement by Vusi Thembekwayo though, I mean he is neither agreeing or denying what he is accused about. He is just telling us about his wife’s alcoholism (which I don’t think was necessary) and how he just came back from overseas. Something is fishy,” wrote @BrunoSigwela.

“Vusi has been waiting to use this substance abuse card for a long time,” wrote @_Neheng_.

“Vusi Thembekwayo stating that, ‘he is a man who likes to keep his family matters private’ – but he ends up telling the public that ‘the wife is on substance abuse.’ Making the law his priority rather than doing good by his wife, it’s another problem,” wrote @BafanaSurprise.