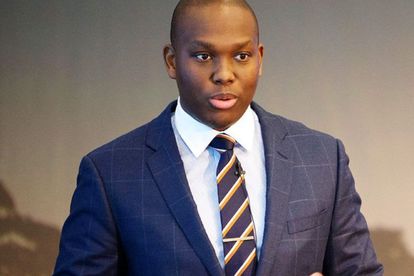 Motivational speaker Vusi Thembekwayo’s wife Palesa Mahlolo Thembekwayo has allegedly filed for divorce after he reportedly cheated and beat her several times during their 13 years of marriage.

Sunday World reports that the internationally acclaimed motivational speaker Vusi Thembekwayo is being divorced by his wife Palesa after he “cheated and beat” her.

The publication adds that Thembekwayo’s wife, Palesa Mahlolo Thembekwayo informed the motivational speaker that she will instruct her lawyers to file for divorce after the two got married in 2009.

The businessman and his wife made headlines in December 2021 when Palesa lodged a complaint of assault against him at the Douglasdale police station.

Thembekwayo allegedly assault his wife on 4 December, 10 days into the annual global campaign against women and child abuse.

The businessman was arrested and released on bail after appearing in the Randburg magistrate’s court and the case was postponed after his lawyers asked for mediation.

‘PALESA WAS HURT BY VUSI’S CLAIMS’

Sources close to the couple have revealed that Palesa has been living in Glen Austin, Midrand, since the alleged assault and that she’s made up her mind even after several family meetings were held in an attempt to repair their marriage.

The source adds that the nail in the coffin for her was when her estranged husband revealed on social media that she was abusing substances to try to clear his image.

“Palesa was hurt by Vusi’s claims that she was abusing substances. She feels he has damaged her reputation beyond repair as a businesswoman and as a mother.”

The mole adds that she’s going to ask the court to order him to pay her R50 000 a month in rehabilitative maintenance, and R20 000 for each of the three children.

The businessman told police that he found his wife drunk, allegedly packed her bags, and chased her out of their home when he arrived at home from his business trip.

Thembekwayo was trolled on social media when he denied assaulting her and said she had a substance abuse problem.

“Please, however, note that our client wishes to place on record that his wife has a history of substance abuse, having overdosed on more than one occasion, and was admitted to a centre for help in this regard,” the statement from his lawyer read.

When contacted for a comment, Thembekwayo yesterday (30 July) confirmed to Sunday World that there was trouble in paradise and said they were working hard to fix their marriage. His wife could not be reached for comment.