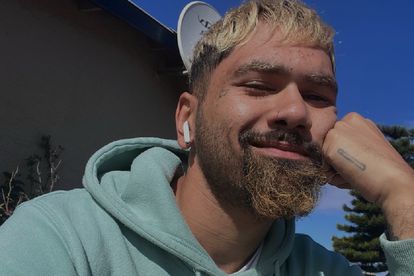 Musician Craig Lucas has opened up about his mental health condition, saying he’s fighting off thoughts of suicide. Image via @craigdlucas/Instagram

Musician Craig Lucas has opened up about his mental health condition, saying he’s fighting off thoughts of suicide. Image via @craigdlucas/Instagram

South African musician Craig Lucas has candidly shared his thoughts and feelings about his battle with mental health in a social media post on Tuesday 9 August.

The Voice SA season two winner has previously shared through a Facebook post in 2018 that he’d been dealing with depression before publicly coming out as gay for the first time since being famous.

CRAIG LUCAS GETS CANDID ABOUT HIS MENTAL HEALTH CONDITION

In a recent post, Lucas said that he feels the way he felt two years ago before he’d received his diagnosis and started his medication.

The Happy singer’s lengthy post comes a day after performing at a sold-out concert called An Ode To Women: The Queens Ball at the Grand Arena, Cape Town.

The Smother singer revealed that while he was grateful for the support, he feels “so empty.”

“I’ve been feeling like this for weeks now. I thought was ok. I rushed back into releasing music, being active on social media, doing interviews, university, all of it. Maybe I was trying to distract myself. But it’s caught up.

“Nothing feels good anymore. I’m overwhelmed and I’m exhausted. I’m having to fight off thoughts of suicide almost every day now. And it’s getting harder and harder. I’ve managed to stay clean of drugs and alcohol for almost 6 months now and I’m so proud of myself. But the compulsive thoughts are getting stronger and stronger. And I’m feeling weaker and weaker,” he wrote.

‘I START SEEING MY THERAPIST AGAIN’

Although he’s not in a good space currently, Lucas ended off his letter on a positive note and revealed that he’ll be starting therapy soon.

“Luckily after lastnight’s show I’ll be a little more financially stable and can start seeing my therapist again. And take some time to heal.

“I know all of this sounds really negative. And firmly believe that we must speak positively over our lives. So I’ll say that I know I’ll be ok,” he explained.

This comes a few months after the singer lost two family members at once.

In March this year, Lucas’ brother and sister-in-law, Warren and Arlene Lucas were allegedly shot and killed by a 15-year-old in circumstances that are still under investigation.

At the time, the singer took a social media break and later returned to pay tribute to his brother and sister-in-law in a heartbreaking post.

“I feel like my heart has been ripped out of my chest. I’ll love you forever my heart is broken,” he wrote.