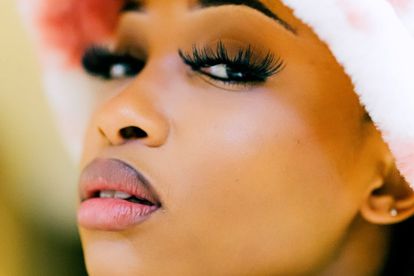 Uncle Waffles has topped Twitter’s trending list over the last two weeks as tweeps gushed over her ability to entertain hundreds of party-goers with her dance moves. This time, tweeps are defending her after noticing she looked “uncomfortable” while one half of the Major League DJz duo grabbed her around her waist.

Uncle Waffles was one of the few Mzansi celebs and influencers who attended the Remy Martin Team Up dinner on Tuesday 2 November at the luxury Four Seasons Hotel: The Westcliff, in Johannesburg.

The dinner was hosted by rapper and entrepreneur Riky Rick. Other celebs who attended the event were Mr JazziQ, Uncle Vinny, Big Zulu and amapiano DJ DBN Gogo.

During the dinner, some of the celebs and influencers seemed to huddle together for a photo when one half of the Major League DJz was standing behind Uncle Waffles and grabbed her around her waist.

Another wrote: “Before she spots the camera, it looks like she made a face. Yaze ya-uncomfortable ingane.”

Uncle Waffles trended on Tuesday 2 November after tweeps claimed they were “bored” of her performances. She danced to Young Stunna’s Adiwele during her set at Rands in Cape Town but tweeps were not impressed.

“Okay she can stop now, it’s enough we get it.”

“A good dancer knows when to stop…if you stay for too long, you will spoil the move. She’s becoming boring now.”

Although the message was not directed at the viral sensation, DJ Zinhle sent out a powerful message to female DJs to protect their art.

“Practice makes perfect. With that said, wear whatever you wanna wear & dance if it’s your thing… They are talking because you’re shaking the industry. It’s our time!”