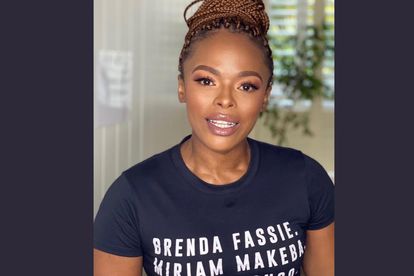 SUMMARY OF THE ALTERCATION AT KAYA FM

Unathi Nkayi was fired from Kaya FM on 17 November. It was later reported that she got into an altercation with radio personality Sizwe Dhlomo before she was fired. Unathi reportedly claimed Sizwe verbally abused her but he leaked audio clips that proved otherwise.

When she finally spoke out about the altercation, Unathi revealed she was silenced by Kaya FM. The radio station quickly released a statement claiming that they recognise freedom of speech but the Idols SA judge is challenging this.

UNATHI NKAYI: ‘I NOW LEAVE THIS MATTER WITH MY LAWYERS’

“A thread: I need to say something about Kaya and its claim that it recognises freedom of speech,” wrote Unathi

Unathi then shared a picture of a contract from Kaya FM which states that she cannot use any platform to perpetuate her version of events.

“Naturally you remain bound by your confidentiality obligations and are warned against utilising any platform, official or unofficial to perpetuate your version of events or to in any way damage the goodwill that informed the relationship prior to your breach,” read the contract.

“Then Kaya says it respects the right to freedom of speech as provisioned by the constitution and for that reason, they will not in any way attempt to restrict it for anyone. This was published after it attempted to restrict my speech and after I went public on how I had been prevented from telling my side of the story,” she continued.

The media personality said she is leaving the matter with her lawyers.

“It seems Kaya only wants to value free speech when it is the one controlling who says what, through legal threats. I think this speaks for itself. I now leave this matter with my lawyers,” she added.