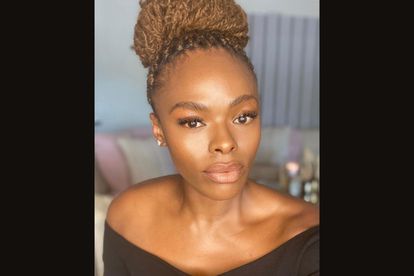 Unathi Nkayi is rumoured to be joining Gagasi FM. Image via Instagram @unathi.co.

Unathi Nkayi is rumoured to be joining Gagasi FM. Image via Instagram @unathi.co.

Radio personality Unathi Nkayi announced that she is back her return to radio three months after she was axed from Kaya FM but which radio station will she be on?

Kaya FM announced that Unathi Nkayi has been dismissed from the radio station on 17 November. This was reportedly due to a fallout between the former Idols SA judge and radio personality Sizwe Dhlomo.

Unathi has since announced that she will be returning to radio but she did not specify which radio station. This created room for speculation amongst fans. Take a look at her announcement…

“It seems like this radio thing doesn’t want to let me go because from the 1st of March you know what I’m going to be doing? I’m gonna be driving you home, 3 to 6 drive time, 1st of March, I’ll see you there,” she said.

Her fans showed her some love in the comments section of the post.

“Radio is your thing!! Can they survive without you??? I doubt!!!❤️❤️❤️” wrote @phasumanemysi.

“Ahh! Congratulations Nathi. What can we say, when you are good, you are good! 💐💐💐,” wrote @organickitchegardens.

WILL NKAYI BE JOINING GAGASI FM?

“I know that she was approached by 5FM but it looks as if she’s decided to go with Gagasi FM because she’s already been spotted there twice this week,” said a source to City Press.

Sources claim the radio personality is joining Gagasi FM but the statin manager denies the rumours.

“No Unathi won’t be joining Gagasi FM. Our new season is scheduled to start on 1 April,” said Gagasi FM spokesperson Khulekani Shandu to the publication.

So, it seems we just have to wait for Unathi to do the big reveal herself on 1 March.