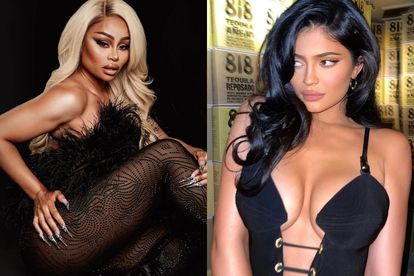 Reality star and “momager” Kris Jenner dropped a bombshell in court on Thursday 21 April, she claimed that Blac Chyna once threatened to kill her daughter Kylie Jenner.

KRIS JENNER: ‘IT WAS ALARMING BUT WE KEPT IT IN THE FAMILY’

The model claims the Kardashians and Jenners used their power to tarnish her reputation and prevent financial opportunities after they conspired to “cancel” the second season of Rob & Chyna.

Kris took to the stand at the Los Angeles court. Page Six reports that she revealed that she was “alarmed” years ago when Kylie and her then-boyfriend Tyga told her that  Chyna allegedly threatened the makeup mogul’s life. Tyga and Chyna were in a relationship from 2011 to 2014 and the pair have a nine-year-old son named King together. The rapper was then in an on and off relationship with Kylie from 2014-2017.

Chyna then moved on with Kylie’s brother Rob, within three months the pair were engaged. The pair welcomed their daughter Dream together in November.

“Of course it was alarming but we just kept it in the family,” Kris testified. She reportedly told the jury that they did not report the alleged incident to police.

“They lived across the street and she [Chyna] had a young child. I think we were more concerned about the Tyga situation,” she continued.

HOW DID KRIS FEEL ABOUT ROB AND CHYNA’S RELATIONSHIP?

Chyna’s lawyer Lynne Ciani asked Kris whether she was concerned about her son being in a relationship with the woman who allegedly threatened Kylie.

“I didn’t have much of a reaction. There was just a lot of drama … and I’m used to that in my family,” said Kris.

“It happened so fast, and we didn’t know where their [Rob and Chyna’s] relationship was going to go. It wasn’t that I was not concerned. They had a rocky relationship from the start … but I love second chances and I wanted them to win,” she continued.

“I just wanted my son to be happy. I wanted a win for them. … You hope for the best and move on,” she added.

The “momager” also testified that she negotiated a deal of $200 000 (R3.1 million) for a seventh episode of Rob & Chyna which aired the footage of Dream’s birth at hospital.

“I put that in a bank account for Dream. It’s in a trust, earning interest,” she said.