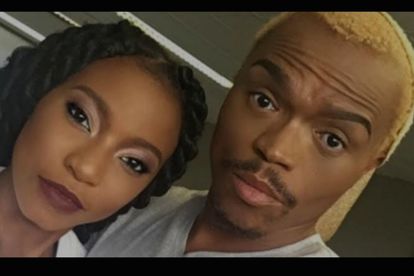 Twitter users are trolling media personality Somizi Mhlongo’s daughter Bahumi over her lack of belief in ancestors after the latest episode of Living the Dream with Somizi aired on Showmax on Wednesday 22 June.

BAHUMI: ‘I DON’T BELIEVE IN ENGAGING WITH MY ANCESTORS’

Somizi Mhlongo’s daughter Bahumi wants to change her surname to Mhlongo from her mom’s surname Madiskwane. However, she does not do it customarily which she expressed on the latest episode of Living the Dream With Somizi on Wednesday 22 June.

She also stated that she does not believe in engaging with her ancestors.

“I don’t believe in engaging with my ancestors. I’ve always respected it and whenever there’s a ceremony, I’m there to help. I do it because I honour you and respect your culture. It’s not something I necessarily believe in,” she said.

“We believe in different things and in this sense it’s about me, I want to do things my way.  I know you and my mother want me to do things customarily, but I don’t want to,” she said on the show,” she continued.

This comes after Palesa told Bahumi that she needed to follow tradition in order to change her surname.

Twitter users trolled Bahumi for not believing in the “underground gang.” Take a look…

“I used to be like Bahumi. I also used to say that about ancestors. Somizi is right, when the time is right she will know. My father started visiting me in my dreams, my grandmother, my grandfather. They communicate with love. She will know some day #Bahumi,” tweeted @OfentseShezi.

“But there you were crying by the graveyard kuGogo today I don’t believe in the underground gang,” tweeted @coconutthug.

“It’s going to be interesting to see how Bahumi changes his surname since she doesn’t believe in the underground gang #LTDWSomizi,” tweeted @__T_touch.