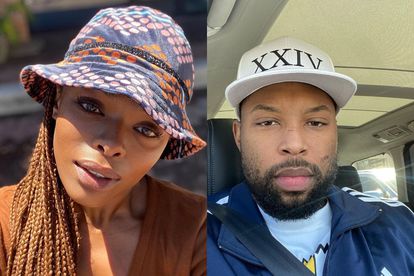 Tweeps are siding against Idols SA judge Unathi Nkayi after she reportedly falsely accused radio personality Sizwe Dhlomo of verbally abusing her before she was fired from Kaya FM on Wednesday 17 November.

THE ALTERCATION BETWEEN UNATHI AND SIZWE

Kaya FM announced that they have parted ways with Unathi Nkayi due to a breakdown of trust on Wednesday 17 November. City Press reported that Unathi got into an altercation with Sizwe Dhlomo before she was fired from the station. This was reportedly because Sizwe was late.

The Idols SA judge laid a complaint with Human Resources (HR) claiming Sizwe verbally abused her. However, when Sizwe was informed of the complaint made against him he told HR that all conversations, including those off-air are recorded. He then requested HR immediately listen to the audio clips because of the nature of the allegations against him.

After HR listened to the audio clips, Unathi was given the chance to retract her complaint. However, she refused and insisted Sizwe be removed from the air.

SIZWE WEIGHS IN ON UNATHI ALTERCATION

The radio personality confirmed that the altercation did take place by tweeting — false accusations delegitmises victims whose cases fall apart due to a lack of evidence.

Sizwe went on to say that he does not feel responsible for what transpired. He said he followed procedure and exercised recourse.

He also affirmed that Unathi insisted on filing the complaint against him.

TWEEPS: ‘FALSE ACCUSERS CAUSE SO MUCH DAMAGE’

The former Kaya FM radio host is the queen of cancel culture. After American singer R Kelly was found guilty on all charges in his sex trafficking and racketeering trial she revealed no one would be playing his music around her.

She “cancelled” her friendship with media personality Somizi Mhlongo and unfollowed him after his estranged husband claimed he was an abuser. However, Tweeps seem to be ready to cancel her now.

Tweeps seemed to agree that if there were no recordings in place, Sizwe would have been cancelled for the accusations made against him.

“Unathi deserves the same backlash that would have come on Sizwe if the recording wasn’t there. False accusers cause so much damage. They invalidate real victims in ways we cannot even imagine,” wrote @Sandile_K14.

“Falsely accusing Someone of abuse in the workplace is petty? This could have gone wrong for Sizwe if there wasn’t evidence to prove he didn’t do it. He could have been the one sitting for a disciplinary hearing and losing a job. Unathi’s outbursts revealed her true character,” wrote @zesty1211.