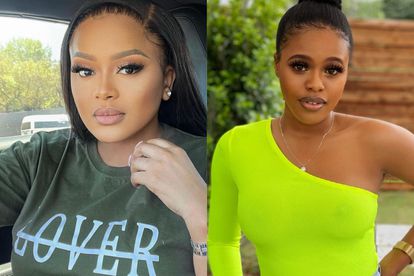 Natasha Thahane trended on Twitter this past weekend because of her interview with MacG on Podcast And Chill. The actress revealed that she received R1 million in funding to study at the New York Film Academy in 2017. Tweeps thought this was nepotism and privilege because of the struggle students face to fund their studies.

Lerato Kganyago joined MacG, Sol Phenduka and The Ghost Lady on the next episode of Podcast And Chill. The “chillers” discussed Sizwe Dhlomo and Unathi Nkayi’s altercation at Kaya FM. They also discussed Natasha’s scholarship. Lerato then said she feels bad for Natasha because of the backlash she faced and thinks you can use the people around you to level up.

“If you can use the people around you to level up or whatever and they (are) willing to help. If given the opportunity on a f***** gold platter,” she said.

Tweeps were not impressed with this remark and slammed her on Twitter because they thought she was defending Natasha.

“Nah you’re reading too much into this love. It was not even in that context. Apologies if you felt offended. I have love and respect for you, just don’t discredit my work,” responded Lerato.

DID LERATO BENEFIT FROM GOVERNMENT FUNDING?

“But you Lerato, you benefited from government money,” said The Ghost Lady.

Tweeps also thought the media personality was a beneficiary because of her family.

The media personality said that she has not benefited from government funding.

“I have never. If I wanted to, here’s the thing, because people always mention,” she said.