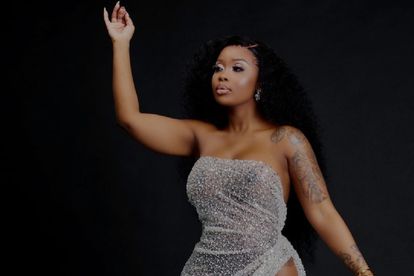 DJ and influencer Sithelo Shozi’s comment about one of her baby daddies backfired as tweeps attacked her for her relationship choices. Image via @_sithelo/Instagram

DJ and influencer Sithelo Shozi’s comment about one of her baby daddies backfired as tweeps attacked her for her relationship choices. Image via @_sithelo/Instagram

Musician and influencer Sithelo Shozi seems to have a love-hate relationship with tweeps on the Twitter streets.

The mom-of-three has been getting a lot of love since coming out to expose one of her baby daddies and Royal AM chairman, Andile Mpisane, of physically abusing her. However, there are still some tweeps who remind her and her fans that she is an alleged predator, while others still throw jabs at her for having three kids with two different men before the age of 30.

SITHELO ON HER BABY DADDY

Sithelo’s tweet about one or both her baby daddies did not seem to land on Thursday 3 November.

When a tweep told her followers that her baby daddy is a horrible person, labelling him the “devil” in her follow-up tweet, Sithelo also chimed in.

“I don’t wish my baby daddy even on my worst enemy. The biggest L of my life” wrote the tweep, whose name is Zamangwabe Khanyile.

In response, the Forever hitmaker wrote: “ngyakuzwa mina” which, when directly translated, means “I hear you” — a phrase used to mean “I relate”.

While some tweeps laughed at the 28-year-old DJ’s tweet, others took jabs at her.

“Which one?” asked a few tweeps.

While another tweep wrote: “It can’t be an L when you had sex with a child ma. Maybe the first baby daddy, but the second one? No.”

Sithelo has two girls, Florence “Flo” and Likuwe “Coco”, whom she shares with footballer and musician Andlie Mpisane — the son of millionaire and Royal AM president, Shauwn “MaMkhize” Mkhize.

She also has a son, Makhosini, whom she had with millionaire Makhosini Maseko aka Lord Phil while he was married to his wife Thandeka Sibiya.

With Sithelo and Andile’s relationship came a lot of criticism as tweeps accused her of being a paedophile and predator on several occasions. This was due to the former couple’s age gap as they allegedly started dating when Andile was 17 years old and Sithelo was 24, ZAlebs reported.