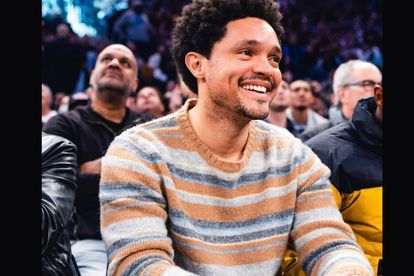 South African comedian Trevor Noah poked fun at Texas governor Greg Abbott’s far fetched claim that South Africans are illegally crossing a border to the US despite the travel ban – on an episode of The Daily Show on Wednesday 1 December.

Abbott was the centre of public humiliation after he blamed President Joe Biden for doing nothing to South Africans entering the US illegally. He says that Biden may have banned travel from South Africa but South Africans are still “crossing our border illegally.”

Geographically this is not possible so Trevor did not hold back his amusement. He also thought South Africa deserved an apology for being blamed for the new variant – Omicron. Omicron was detected in South Africa on 25 November – but the variant was reportedly found in Europe before South Africa.

Trevor Noah poked fun at the Abbott as he joked that millions of South Africans walk across the Atlantic Ocean everyday to cross the border.

“Greg Abbott has a very good point here. Every day millions of South Africans walk across the… Atlantic Oceans to cross the border?” said Trevor.

He went on to say that Abbott can turn any story into a complaint about the border.

“I mean, why did I book a flight? I could have hitched a ride. What is this!? This is the biggest load of bulls**t ever. I mean props to the Texas governor for being able to turn literally any story into a complaint about the border,” he continued.

“Everyone is watching Red Notice on Netflix when what they should be doing is watching the southern border,” he added.