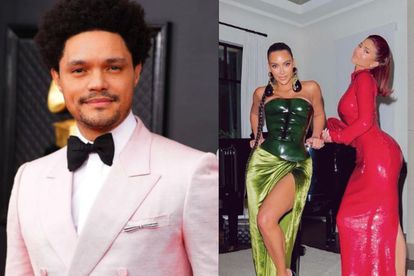 South African-born comedian Trevor Noah slammed Instagram on an episode of The Daily Show on 28 July.

TREVOR NOAH: ‘YOU MAY HAVE NOTICED THAT IT SUCKS’

Trevor Noah slammed social media app Instagram on an episode of The Daily Show on 28 July. He blatantly stated that the app “sucks” and went on to explain that the ads and posts from people you don’t know – which pop up on your feed are confusing.

“If you’ve been on Instagram lately you may have noticed that it sucks.  Everything is an ad, and your feed is full of people you don’t follow, Which is so confusing. I’m scrolling, and I start reading someone’s post and I’m like, ‘Do I know this person? Was I supposed to be at this wedding?’ And then you look and it’s like, ‘Because you follow your friend, we thought you might like a post from a stranger.’ No, I don’t!” he said.

“Everyone has been complaining about Instagram but they haven’t been forced to respond until now. Because the royal family of Instagram stepped into the fray,” he continued.

‘THE ROYAL FAMILY’ OF INSTAGRAM SPARK CHANGE ON PLATFORM

What did The Daily Show host mean by “the royal family of Instagram”? Well he is referring to the Kardashian/Jenner family. Kim Kardashian and her sister Kylie Jenner reposted a meme about making Instagram, Instagram again sparking a movement.

Both Kim and Kylie pleaded with the platform when sharing the meme.

“PLEASEEEEEEE,” wrote Kylie when she shared the meme on her Story.

“PRETTY PLEASE,” wrote Kim when she shared the meme to her Story.

After Kim, who has 327 million Instagram followers and Kylie, who has 363 million followers posted the meme to their stories, Instagram CEO Adam Mosseri addressed the backlash via a video message.

“There’s a lot going on, on Instagram right now. We’re experimenting with a number of different changes to the app,” he said.

“I want to be clear: We’re going to continue to support photos. It’s part of our heritage. That said, I need to be honest: I do believe that more and more of Instagram is going to become video over time. We see this even if we change nothing. We see this even if you just look at chronological feed,” he continued.