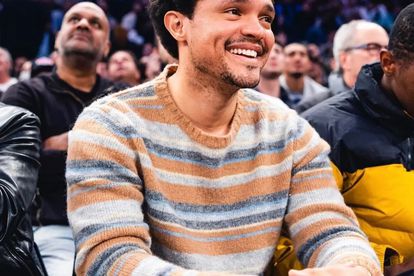 South African-born comedian Trevor Noah set tongues wagging when he compared all the Oscar-nominated films as “the vegetables of movies” on an episode of The Daily Show posted to Twitter on 27 March.

TREVOR NOAH: ‘OSCAR-NOMINATED FILMS ARE THE VEGETABLES OF MOVIES’

Trevor Noah had a strong opinion on the Oscar nominees this year. He said that the movies are good, but they felt like the vegetables of movies.

The Daily Show host discussed that he noticed a disconnect in the film’s people are watching and those that were nominated for the Oscars. He says that these movies are powerful for the soul but are not often action filled.

“Whenever the Oscars have the nominations announcement I always feel like that’s when it’s like, movie homework time for me. Cause its never the movies I’ve watched. Do you know what I mean? Like the nominations are always like ‘man in an old palace’, ‘woman doing a thing a long time ago’, ‘black people suffering’,” he said.

“It’s like a disconnect. You know? And I’m not saying the movies are not good. Please don’t get me wrong. I’m just saying there’s a disconnect, clearly. Between like what we want to watch and what we should watch. It’s like these movies are the vegetables of movies,” he continued.

TWEEPS: ‘VEGETABLES ARE GOOD AND GOOD FOR YOU’

Twitter users slammed Trevor for his opinions on the Oscar-nominated films. So, take a look…

“BOOOOO! Talk about insufferable. Guess what, Trevor, vegetables are good and good for you! Majority of my film loving friends, me included, all watch the big popcorn blockbusters too. It’s grim to think folks really think these Oscar noms are inaccessible films,” tweeted @lyndzielegend.

“We simply despise adults that encourage incuriosity! in a landscape where filmmakers are struggling to make films outside IPs, where huge studios use their resources to be tastemakers and deprive audiences of engaging w/ new films, this joke is not funny,” tweeted @HornyAcademia.

While others thought he was “accurate”.

“The disconnect with the average viewer is ABSOLUTELY real, Noah isn’t alone in this thought. Once upon a time, many of these “films” talked about were box office hits and captured cultural zeitgeist—when did this split happen? Movies have not changed, how we consume media has,” tweeted @Cine_Mann.

ALSO READ: ‘What about Ye?’: Trevor Noah slammed for comforting Will Smith [watch]