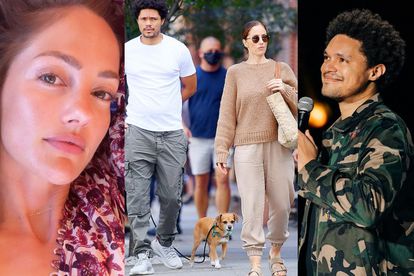 South African-born comedian Trevor Noah and American actress and model Minka Kelly have reportedly broken up after almost two years together, according to a report by People on Wednesday 18 May.

Beloved South African-born comedian Trevor Noah and Minka Kelly have reportedly called it quits. A source confirmed to People that the pair have broken up and Minka is very happy. The source went on to say that she would rather be single than waste her time on the “wrong guy.”

“Minka is single now. She is very happy, she’d rather be single than waste her time with the wrong guy,” said the source to the publication.

Another source claims the pair have been broken up for a while.

“They have been broken up for a while,” said another source to the publication.

Trevor began dating Minka in 2020. The Daily Show host reportedly invested in a mansion in Bel Air for the couple which cost an estimated $27.5 million (R441.9 million). The mansion featured six bedrooms, eight full bathrooms and three half-bathrooms. Also, including views of the Santa Monica Mountains and the Pacific Ocean. The pair were believed to be in a serious relationship at the time.

“They’re making plans for a future together, and it’s a very stable relationship. They’ve been spending time between coasts over the last year and had been looking for a place in LA as a couple,” said a source to People at the time.

The couple reportedly split in May 2021 but Minka joined Trevor on his trip to South Africa towards the end of December 2021. Minka joined Trevor’s friends friends Anele Mdoda, Sizwe Dhlomo, Xolisa Dyeshana and Khaya Dlanga while on holiday. The pair then went Instagram Official.

Anele referred to Minka as Trevor’s “makoti.” The term “makoti” is popularly used to describe a bride or bride-to-be.