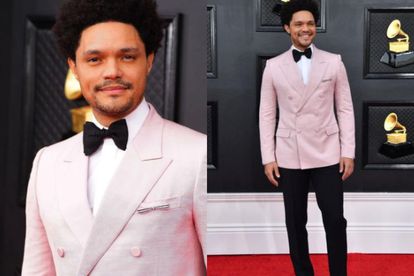 Trevor Noah opens up about marriage and kids on Meghan Markle’s podcast. Images via Instagram @trevornoah.

Trevor Noah opens up about marriage and kids on Meghan Markle’s podcast. Images via Instagram @trevornoah.

South African-born comedian Trevor Noah opened up about his thoughts on getting married and having kids on the latest episode of Meghan Markle’s podcast Archetypes which was released on Tuesday 29 November.

The latest episode of Archetypes is titled Man-ifesting A Cultural Shift with Trevor Noah, Andy Cohen and Judd Apatow.

ALSO READ: ‘Rage’: Trevor Noah opens up about shooting of mom with Meghan

The Duchess of Sussex Meghan Markle asked Trevor Noah if he would like to be a dad someday and he said he would love to.

“Do you want to be a dad one day?” Meghan asks.

“Yeah I’d love to. I think it would be a fascinating journey to be on,” responds the comedian.

“That’s an interesting question. I would hope to be the kind of dad where my kid goes ‘this was a human being who loved me and cared for me and helped prepare me for the world but also appreciated me because they brought me into the world’,” he said.

“I want to be the kind of dad who appreciates the human being that I brought into the world. I think sometimes parents can be a****** and like ‘I brought you into this world… yeah I didn’t ask you to’. You need to relax with that. So, I would hope to be a dad who is soft and tough, and fun and stern. Someone who wants the best for my child and also isn’t afraid to engage with the child in me,” he continued.

THE COMEDIAN ON MARRIAGE

“I would want to be the kind of husband that my wife would want me to be. Even there I think we have so many limiting ideas on what marriage is. That’s where I loved seeing, Gen Z as they are called, just play with the ideas of what a relationship is and how a relationship is defined,” he said.

“The type of husband or the type of partner I would like to be is just the type who is the best possible puzzle piece for the other person I’m connecting with,” he continued.