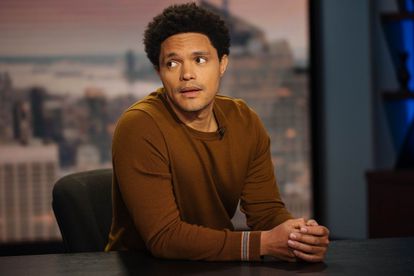 With Christmas only two days away, a lot of people are scrambling around making last-minute plans and rushing to get gifts for their loved ones. South African-born comedian and The Daily Show host Trevor Noah has just stepped in to share his thoughts on the religious holiday and according to him, it’s all about the money.

This is why, he says, giving people gifts that “can grow” is the best way to go.

“What is Christmas without money changing hands?” said Trevor Noah in a segment shared by The Daily Show this week. According to Noah, Christmas has always been about capitalism and nothing else.

“Think about it. Imagine Santa is coming to your house. To do what? Just to eat cookies and tell you he was there? The whole point is, he is delivering the gifts. The gifts are bought with money,” he said.

Noah also added that the gift-giving tradition dated all the way back to the day that Jesus was born.

“Jesus, when he was born, what did the people do? They brought gifts. They didn’t come there empty-handed. Because they were wise men, they knew.

The gift that keeps on giving

“You come there like a brokes b*ch: ‘Oh, the Son of God has been born. What did you bring?’ Oh, I didn’t think I needed to bring anything. No, it’s the other way around. Christmas is all about giving.”

The US-based South African-born comedian then said that people should start giving other people useful gifts. Things that they can use later on in life, like Bitcoin.

“Buy children functional things. I buy babies Bitcoin. Yeah, you can thank me in 20 years,” he said.

Surprisingly, many tweeps hurried to the comment section where they agreed that Christmas is mainly a money-making scheme. Others pointed out that not everyone can afford to hand out Bitcoin.