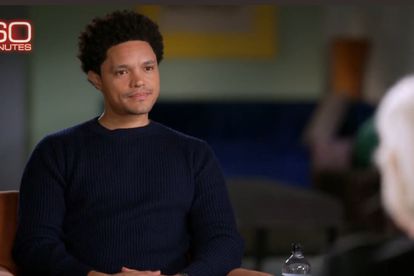 Trevor Noah is one of the ultimate “rags to riches” stories, having grown up poor in Soweto, South Africa to now raking millions of dollars as a best-selling author and the host of a hit talk show in the United States (US).

Never shy to talk about his upbringing, Noah sat down for an exclusive interview with 60 minutes on CBS which aired in the US late on Sunday, 19 December.

The 37-year-old spoke to renowned journalist Lesley Stahl about his journey – including his impoverished upbringing, which forced him to eat mopane worms, which we know are a delicacy in Limpopo, but for Americans, such a thought might be inconceivable. Noah tells 60 Minutes that being poor wasn’t as bad as some people may think it was, for him at least.

“Here’s the thing that I always say to people. Being poor in a group or in a community that is poor is not as bad as being poor when you know what you’re missing out on. So when I grew up, we played with bricks as cars. And you’d smash them into each other. And it was one of the most fun games I’ve ever played. The same thing with eating mopane worms. What I didn’t like was when we couldn’t eat anything else and my mom said, ‘We’re gonna have to eat these mopane worms for longer because we don’t have money to buy chicken’”

Trevor Noah also weighed in about the controversy surrounding his friend and fellow comedian Dave Chappelle, who sparked outrage when he made comments that many in the LGBTQ community considered to be transphobic. Here’s what the Soweto native had to say:

“Did Dave Chappelle cross the line? Yes, no. It immediately puts me in a position where I have to choose a side when I think that the matter is a lot more complex than that. I think everybody is defining the line for themselves,” Noah tells Stahl.

Another topic came up in the interview, his love life – but Noah tried by all means to avoid the subject. He has recently been linked to actress Minka Kelly. Noah admitted to the journalist that he doesn’t like discussing the women he is dating.