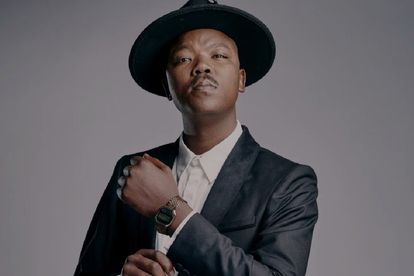 Comedian Toll Ass Mo has reportedly been cleared of the rape allegations levelled against him by actress Lerato Moloi. Image via @tolassmothegamer/Instagram

Comedian Toll Ass Mo has reportedly been cleared of the rape allegations levelled against him by actress Lerato Moloi. Image via @tolassmothegamer/Instagram

Comedian Mongezi “Tol Ass Mo” Mahlangu has reportedly been fully acquired of sexual assault and will be taking “drastic steps against the accusers”.

In 2018, model and actress Lerato Moloi accused the comedian of raping her when they were working on a television production in Paarl, Western Cape. A statement released by Moloi in 2020 revealed that the incident took place in 2014.

A statement by Tol Ass Mo’s legal team, Specialised Security Services, revealed that he was found not guilty by a court of law.

The statement, which was shared by controversial blogger Musa Khawula on Thursday 18 August, further reveals that the matter has been dragging on in court since 2018 and was concluded on Tuesday, 16 August 2022.

“In this case, the magistrate stated that the person who laid the false claims against our client was ‘a dishonest, egotistical and a belligerent liar,'” the statement reads.

In addition, the comedian’s legal team has revealed that drastic steps will be taken against the accusers.

In 2020, Lerato Moloi released a statement in which she said she would fight for justice no matter what it took. At the time, the actress alleged that people were intimidating her and trying to silence her.

“In the past two months I have been served with letters from his attorneys to remove my tweets. A protection order was then applied for against me along with an interim order demanding that I delete my tweets and effectively attempting to silence me just after I found my voice to speak about my experiences. This culminated in an arrest warrant being issued against me and my subsequent imprisonment,” her statement read in part.

Tol Ass Mo’s wife, Mome Mahlangu, spoke out for the first time about the allegations in 2020. This was after the couple, BET Africa and Pearl Thusi received backlash for an interview conducted by the Queen Sono actress, with the couple, that was set to air on the DSTV channel. Due to public outcry, the channel decided not to air their interview, News24 reported.

Labelling Twitter a “kangaroo court”, Mome said she is standing by her husband and will wait for the court to find him guilty.

“I’m not sure why I’m being bullied cause yes I will support my husband until he is proven guilty not by Twitter.

“We will not participate in kangaroo court but the real Court as these Allegations are not to be taken lightly and as a woman myself I’m disturbed and I have taken jabs from the kangaroo court as they Are the investigators…[sic],” she had posted at the time.

LERATO MOLOI SADDENED BY THE RESPONSES

In a tweet on Thursday 18 August, Lerato Moloi expressed that she was sad after seeing how “rape apologists” were responding to the verdict in the Tol Ass Mo case.

“Undeniable sadness, seeing rape apologists & enablers carry on as they do…”

She also expressed gratitude to those who were showing her support.

“Love through wonderful earth angels’ support overriding it, ’cause there’s a silver lining – a hope the predator won’t rape or assault any more of us ever again! Issokay, keep going…” she wrote.