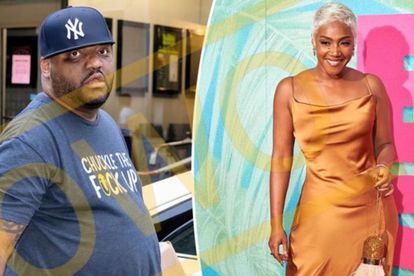 A 22-year-old woman filed a civil lawsuit on Tuesday, 31 August 2022 in Los Angeles Superior Court on behalf of herself and her younger brother. The woman is accusing renowned comedians Tiffany Haddish and Aries Spears of sexual child abuse when they were both minors.

HOW THE COMEDIANS ALLEGEDLY ABUSED THE CHILDREN

According to NPR and TMZ, the lawsuit alleges the comedians Tiffany Haddish and Aries Spears groomed the children and coerced them into “filming sexually explicit child pornography skits.”

The children reveal they were introduced to the actress and Spears through their mother and describe Haddish as a “longtime family friend.”

The lawsuit details two separate incidents of alleged sexual abuse of minors, which both took place in Los Angeles.

The video of the abuse, which is reportedly titled “Through a Pedophile’s Eyes,” found its way onto the comedy video website Funny Or Die and elsewhere on the web.

“Funny Or Die found this video absolutely disgusting and would never produce such content,” a spokesperson for the company said in a statement shared with NPR. “We were not involved with the conceptualization, development, funding, or production of this video. It was uploaded to the site as user-generated content and was removed in 2018 immediately after becoming aware of its existence.”

‘MS HADDISH WOULD NOT BE SHAKEN DOWN’

In a statement shared with NPR, Andrew Brettler, who is Haddish’s attorney denied claims against his client and says they’re “bogus.”

Her lawyer also told the publication that the children’s mother has been trying to damage Haddish’s reputation with the abuse claims for several years.

“Every attorney who has initially taken on her case, and there were several, ultimately dropped the matter once it became clear that the claims were meritless and Ms. Haddish would not be shaken down. Now, [she] has her adult daughter representing herself in this lawsuit. The two of them will together face the consequences of pursuing this frivolous action.”

“He isn’t going to fall for any shakedown.”