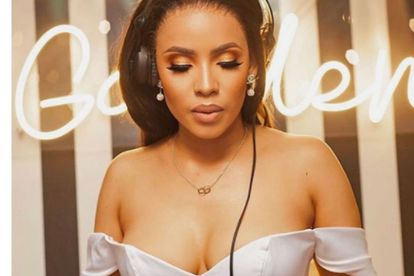 Popular actress and DJ Thuli Phongolo is being trolled for her performance in the #BBMZansi (Big Brother Mzansi) house.

Former The Wife actress and DJ Thuli Phongolo is trending for her ‘disappointing’ set in the #BBMzansi (Big Brother Mzansi) house.

Fans of the reality TV show have called have taken to social media to troll her for her DJ skills.

A viewer called her:

‘The worst DJ to come to the Big Brother house’.

Another viewer called said she only got the gig because she’s pretty.

The housemates usually party up a stormy in the Big Brother house with different DJs.

Previous DJs who visited the house include Lerato Kganyago, Shimza, Ms Cosmo, and so many more.

ALSO READ:Bald and the beautiful: Thuli P shaves all her hair off [photos]

“Thuli P is playing like most of us when cleaning the house. One song at a time. Yhooooo I’m disappointed Shem.”

“Thuli P is proof that women can date a Driving school owner.”

“And still, be comfortable with the fact that she doesn’t have a license Women don’t care.”

“Imagine dating a Music God in Africa and still can’t DJ even ask him to help u make a hit.”

“Thuli P is the first Dj to play Umlando song from start to finish #BBMzansi.”

“I’ve never wanted this much for the Saturday house party to end, I was just so irritated.”

“I just wanna know who told Thuli P that she can DJ.”

“Maybe that’s how she wants to be remembered. I like for the pirates.”

“She can’t act, she can’t DJ… Yhoo ayy thought I was the only one.”