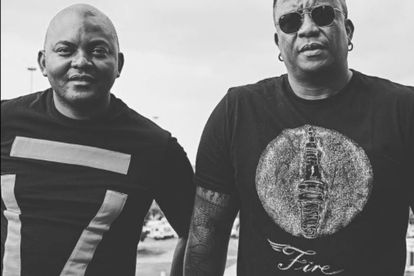 The NPA has reopened the rape case against DJ Fresh and Euphonik. Image via Instagram @alnicoll

The NPA has reopened the rape case against DJ Fresh and Euphonik. Image via Instagram @alnicoll

The former 947 hosts DJ Fresh (Thato Sikwane) and Euphonik (Themba Nkosi) were accused of drugging and raping a woman in Pretoria.

The police together with the NPA allegedly reopened the rape case against media personalities DJ Fresh and Euphonik last month (January).

A woman from Pretoria accused the duo of drugging and raping her more than a decade ago after a night out.

The DJs were also dropped by 947 radio station a year ago after the woman came forth and revealed they raped her.

The NPA dropped the case last year due to “insufficient” evidence.

Her legal representative – Brenda Madumise-Pajibo confirmed to City Press that the police had informed her client that the case had been reopened.

“We’re waiting to hear the reason they’ve decided to reopen it.”

“Remember that once the DJs announced on Twitter that the NPA had decided not to prosecute, we launched a formal dispute and grievance against the police.”

“They then undertook to investigate what had transpired with the case.”

“We’ve been very consistent. We’ve also taken up this dispute with the Public Protector.”

“We suspect that because the Public Protector is going to ask questions, the police have decided to say they’re reopening the case.”

“However, they still haven’t responded to us,” said Madumise-Pajibo.

It is unclear why the case has been reopened at this stage.

RAPE CHARGES AGAINST THE DJS

The Pretorian woman – whose identity has been hidden challenged the DJs to accept responsibility for her ordeal and named and shamed the pair on Twitter a year ago.

She then opened a case of sexual assault at the Sunnyside Police Station in Pretoria against the popular DJs.

NPA’s spokesperson Lumka Mahanjana told the publication that she also had no knowledge of the case being reopened.

Thato Sikwane aka DJ Fresh said he was not aware that the case was reopened when he was contacted by the publication.

“I’m not aware of it. Good luck to them, anyway, because this thing never happened, so there’s nothing [to prosecute],” he said.