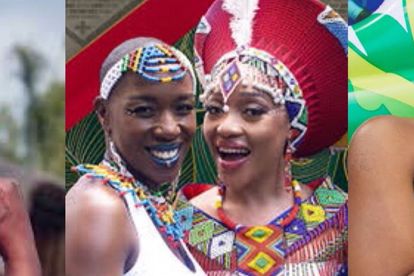 Celebrities such as Thando Thabethe, Penny Lebyane Terry Pheto, Sandile Mahlangu have taken to social media to pay tribute to How To Ruin Christmas actress Busi Lurayi whose death was announced this morning, 11 July.

The SAFTA award-winning actress, known for her role as Phumzile in City Ses’Top’La and Tumi in the Netflix series died on Sunday 10 July at 35 years.

The family of the late actress announced in a statement that the mother of one was pronounced dead at her residence on Sunday, 10 July and they’re still awaiting the autopsy results.

“We are deeply saddened to notify you of the passing of our beloved Busisiwe Lurayi,” read the statement.

“Busisiwe passed away suddenly and was pronounced dead at her residence on Sunday 10.07.2022 by medical personnel. The reason for her death is still unknown as we await the results of the autopsy report,” the statement continued.

“We humbly request that you allow us as the family to come to terms with this tragic news. We thank you for the support that has been given so far and will provide further information as soon as it is made available,” the statement added.

‘HOW TO RUIN CHRISTMAS’ CAST AND FANS REMEMBERS HER

Nambitha Ben-Mazwai who featured in the first franchise of How To Ruin Christmas stated on her Instagram Story:

“Thank you Busi, I’m so glad our last encounter was filled with tears, realness, hugs, and most of all Love.”

Radio personality and actress Thando Thabethe who plays Lurayi’s sister in the Netflix series posted several videos and pictures of herself and Lurayi on her Instagram account today (11 July) and captioned one of Lurayi’s pictures ‘My superstar’.

Actor Sandile Mahlangu, who plays Lurayi’s brother-in-law in the series also shared several pictures of her on his IG stories with broken heart emojis and doves.

Celebs also flooded Thabethe’s post and said they first thought of her when her death was announced.

“For some weird reason after I heard, you came to my mind. I know how much you adored her work. Love and Light to you.” ❤️