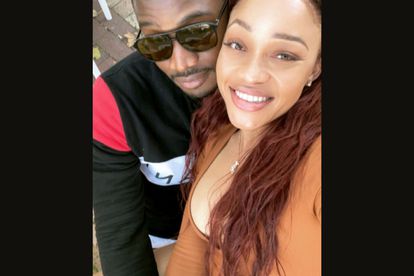 Actress and radio host Thando Thabethe hinted that she is ready to be a mother via a tweet on 22 November.

Thando Thabethe hinted that she is ready to be a mom. The radio host competed in the 947 Ride Joburg race.

“So proud of this girl. Yes I’m talking about myself in the third person because I am THAT girl! Up until I started I had no plan to finish the 97kms but the truth is…I never start what I can’t finish! ????????????.Shout out to @lunga_shabalala @ride_joburg @alexcaige @lerato_ho @947joburg and everyone cheering us along this mental challenge of a race, for an insane experience ????????,” she captioned the post.

Her bae Lunga Shabalala also competed in the 947 Ride Joburg race and asked his 195 600 followers what challenge he should take on next. Thando quickly responded “fatherhood” as she hinted she is ready to be a mom.

“This happened yesterday. Time to take on another challenge. Any ideas?” tweet Lunga.

Tweeps think the pair would have “beautiful babies” together because of how attractive they are and loved the idea.

Others loved to see Thando supporting her partner. Tweeps thought Will Smith’s wife Jada Pinkett Smith needs to see this. This is because Jada keeps dropping intimate details of her marriage to the public.

“For Jada Pinkett Smith to see how you cheer your man!!” wrote @SuperXolani.

Thando and Lunga started posting pictures of each other again in August this year hinting that they got back together. The couple called it quits last year for unknown reasons soThando moved on with Booth nightclub owner Jaji Albortore.

The radio personality was previously engaged to Frans Mashao but the pair allegedly split-up due to cheating rumours.