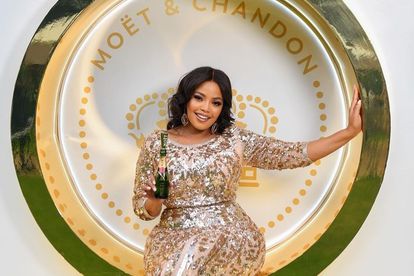 According to Zimoja, a source said that the Tsotsi star is ready to reveal everything regarding the alleged property fraud which led to the Special Investigating Unit (SIU) obtaining a preservation order from the North Gauteng High Court to seize assets worth over R50 million.

Earlier this month, the actress was listed as one of the people accused of being beneficiaries in the alleged property fraud.

Some of the assets seized include nine luxurious residential estates in Pretoria, Centurion, and Hartbeespoort valued at over R22 million.

Among them is Terry Pheto’s three-storey home which was reportedly built using R3-million of lottery grant money meant for an “initiation programme”.

In addition to these assets is one BMW 420i convertible and two Ocean Basket franchises worth over R25 million.

“SIU investigations in the affairs of the National Lotteries Commission (NLC) had revealed that the acquisition of the properties was funded by the Non-Profit Organisations (NPOs) with money they had received, under the auspices of grant funding, from the NLC.

“The preservation order will remain in force until an application for a forfeiture is finalised, which will be brought before the High Court under section 48 of the Prevention of Organised Crime Act within 90 days”.

A source told Zimoja that Terry Pheto is co-operating with the SIU and will allegedly become a state witness.

“Terry is naming names in this matter. She doesn’t want to get arrested, and since she will turn into a state witness when the Hawks arrest the suspected fraudsters,” said the source.

When the investigation was made public, the actress denied any involvement, saying she “had no prior knowledge of an application to obtain a preservation order” against her and she had no sight of the said order.

“I hold the law in high regard and will cooperate fully with the investigation in an open and transparent manner,” she also said in part.

Following her statement, Kganyago came out and said that she was notified two months ago about the probe.

HOW TERRY PHETO ALLEGEDLY GOT INVOLVED

According to the source, Terry Pheto is remoantically involved with former chairperson of the NLC, Professor Alfred Nevhutanda.

Although Nevhutanda is reportedly married, he allegedly has a secret love child with the actress.

Nevhutanda —who is also the senior pastor Higher Grace Church International — is allegedly the director of at least 40 companies, including some involved in mining, investment and communications.

The source revealed that the agreement between TV personality and Nevhutanda is that he assists her with the money from NLC, rather than pay her child support.

Terry Pheto had not responded to questions The South African website sent to her at the time of publishing.