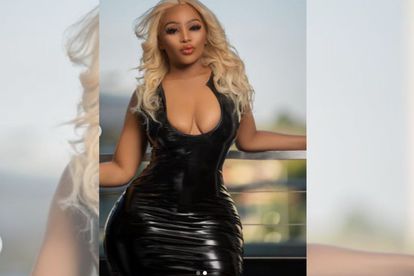 DiepCity actress Tebogo Thobejane and host of the City Girls podcast had social media buzzing this week when she teased videos of her strip club, Club X, which opened yesterday (30 June).

THE LAUNCH OF CLUB X

The popular podcaster and Muvhango actress Tebogo Thobejane revealed in an interview with TshisaLIVE that she aims to empower women through her strip club, Club X which is situated at The Grand, Rivonia in Gauteng.

“Everyone has to have a retirement plan,” she said laughing.

“We’re trying to push women in business … I’ve always been about sexiness and women empowerment. Dancing is a profession all over the world, people are doing it and there aren’t any jobs in SA, so what must girls do?”

The actress also told the publication that this venture is an extension of her popular podcast which broadcasts through Podcast and Chill with MacG and tackles topics on women working for themselves.

“My numbers are getting ridiculous … It’s educational, it’s about teaching women self-confidence and talking about different jobs, it’s just for us to have open conversations so things don’t have to be taboo with people ending up taking their own lives or feeling stuck in not being themselves.

“What I want to get to at the end of every conversation is that we shouldn’t judge anyone, we should let people do what they have to do to survive, but also do it from a well-informed perspective.”

“Me and my friends here for a girls night out.”

“Stripping is a workout and skill, I hope they’ve hired some American coaches.”

“They are definitely money laundering to that club.”

“The world is coming to an end, All for the sake of making money.”

“But men here don’t have money to throw on those strippers like Americans here people will just watch without throwing a R10.”