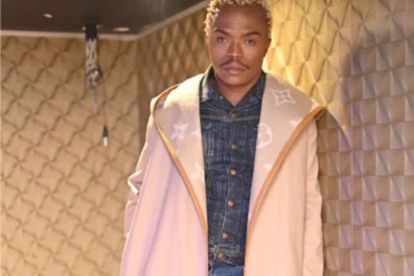 Tweeps believe that Mohale should pay half of Somizi’s debt after SARS reportedly auctioned the Idols SA judge’s furniture and other household utensils to settle his R3.5 million tax debt.

Mzansi is wondering if Somizi is pulling a stunt to avoid giving Mohale any money after Sunday World reported that SARS auctioned off his luxury furniture in Johannesburg last week to settle his R3.5 million tax debt.

The publication also reported that South African Revenue Service (SARS) also ordered television producer Legend Manqele, who produced his reality show, Living the Dream with Somizi, to pay R1.5-million of his and Mhlongo’s royalties into a SARS account and not into their lawyer’s account after they had instructed him to do so earlier this month.

The Sandton North sheriff Kgomotso Mphahlele told the Sunday tabloid that she had put Somizi’s furniture under the hammer after he failed to pay at least R3.5 million in tax debt he’s been owing since 2014.

The items auctioned off included:

“But a Vehicle is part of your assets even though it is financed via a bank.”

“Assets can be attached & Monies can be taken from your Bank account by SARS just that they must follow proper procedures governed by the TAA.”

“No my love they can only attach items that belong to you (in your name) and until a car is paid up, it’s not registered in your name and therefore still belongs to the bank. Yes they can go into your bank account following the process.”