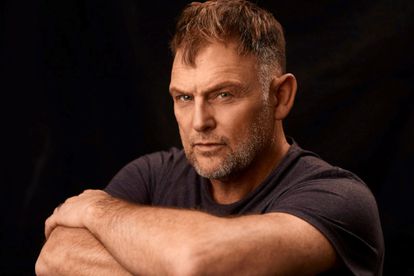 Perhaps it was only a matter of time before Steve Hofmeyr aka The Hof weighed in on what the controversial Afrikaans singer, actor and activist labels “the big mess in Stellenbosch”.

This follows the infamous “urinating incident” which took place in the early hours of Sunday 15 May at Stellenbosch University’s Huis Marais residence.

In a video that has been widely circulated on social media, first-year law student Theuns du Toit is shown urinating on the belongings, including a laptop, of fellow Maties student Babalo Ndwayana.

Du Toit has since been suspended while calls for his expulsion have also intensified. As reported by The South African’s Storm Simpson:

“In the wake of the urination incident, individual protests have taken place on campus. On Thursday, students handed a memorandum of demands to Vice-chancellor Wim de Villiers, which demanded an inquiry into racism at the institution, among other things.”

According to TimesLIVE, the family of the Mdantsane-born Ndwayana wants Du Toit banned from all South African universities.

In a Facebook post on Wednesday 18 May, the musician — who has been outspoken about farm murders and played the lead role in Darrell Roodt’s award-winning 2015 crime drama Treurgrond — said his opinions should be viewed as “sincere”.

“Don’t confuse criticism for hate speech or offensiveness,” Hofmeyr continues before adding that he always takes great pains to distinguish between hurtful and harmful in his comments.

“No one has the right not to be insulted. We do, however, draw a line when it comes to incitement to violence.”

Stellenbosch University in the spotlight

Fast-forward a few days, with Hofmeyr heading to his Facebook page again to comment on the two incidents that rocked Stellenbosch University last week.

The so-called “urinating scandal” took place at about the same time as the alleged rape of a 19-year-old female student at a residence in Victoria Street, Stellenbosch, on Tuesday evening May 17. The student was allegedly raped twice.

A male student has since been taken into custody and was released on R1 000 bail after appearing in court, according to eNCA.

“Did you see the big mess in Stellenbosch?” Hofmeyr asked his Facebook followers on Monday 23 May.

He then continued to highlight how what he calls “the human rights violations of pee holes”, elicit more of a response than what is the case with the alleged corruption of relief aid funding for the COVID-19 pandemic and KwaZulu-Natal floods, as well as incidents of rape.

“The human rights violations of pee holes lure more protest than the Covid and KZN aid funds that have disappeared. It even lures more reaction than the rape that took place there during the same time. Aid fund looting and rape are what I thought to be a true human rights crisis. Not in Stellenbosch.”

‘Toddlers of a black nanny state’

The popular musician then also questioned how “beneficiaries of racial quotas can even protest against racism”.

“How these patients of black therapy, these toddlers of a black nanny state, these beneficiaries of racial quotas can even protest against racism, will always bowl me over.”