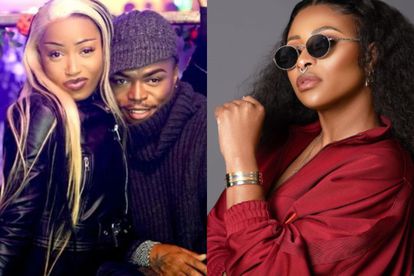 Somizi met DJ Uncle Waffles for the first time earlier this week at Coco Town Meat Lounge in Benoni, Gauteng. He took to Instagram to give the DJ her flowers. The media personality also noted that DJ Zinhle paved the way for women across the continent.

“Last night was so cute and special. I  finally got to meet the talented @unclewaffles. We were booked at the same gig @coco_town_meat_lounge_ in benoni. What a sweet humble lady….but as I was enjoying her set I couldn’t stop thinking about what @djzinhle has done to the DJ industry,” he wrote.

.”She’s really the pioneer….for women in the continent. Just thought i should give her the flowers here. Back to waffles. As a perfectionist and a professional that I am in my work I watched everything from the moment you walked in with your team to when you were on stage and till you left. Your on the ball young lady, You arrived on time,played on time. Yo team is super focused. It’s not just people hanging around. The world is your oyster nana,” he continued.

Musa also shared a snap of Sunny and Uncle Waffles. Take a look…