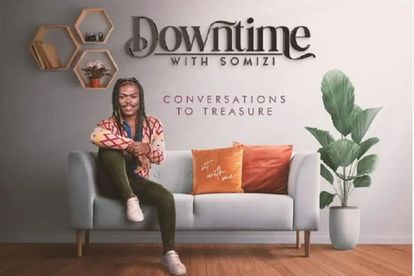 Despite his personal life being in shambles, Somizi keeps winning when it comes to his career.

The media personality has announced that he has bagged his own talk show. Downtime with Somizi will launch on 1 April on DStv channel 1 Magic

Taking to Instagram, the star revealed the exciting news of his new talk show.

And in typical Som-gaga fashion, the show will be out of the ordinary when it come to talk shows.

According to Daily Sun, the show is “filled with twists and turns” and will see the star and his guests take part in quirky and adventurous activities before heading off to a five-star dinner.

“I’m taking five star experiences that make everyone want to fetch their lives”, Somizi can be heard saying in a promo.

It’s not the first foray into entertainment shows for the Idols SA judge. The star hosted Dinner at Somizi’s also on 1Magic, which saw Somizi prepare a delicious meal and cocktails for his guests

However, the show was thrown into disrepute after Somizi was accused of “stealing the idea” from a man named Hastings Moeng.