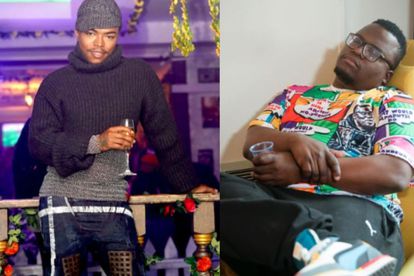 South African media personality Somizi Mhlongo revealed that he thinks Podcast and Chill host Sol Phenduka is attractive in an interview with Dineo Ranaka and Sol Phenduka on Kaya959 on 21 July.

The media personality said that the quality of “the thing” he does on the other side – which is likely to be Podcast and Chill – does not do him justice.

“I never thought I would say this but I think Sol is very attractive. Like honestly, you’ve got beautiful teeth. Lips are nice. That thing you do on the other side, I think the quality of the screen is not doing justice to you,” he said.

“I would date you,” he continued.

ALSO READ: ‘I play for both teams’: Somizi on dating a woman five years ago

The media personality also reflected on how he has grown over the years. He said that when he was younger he used to think any publicity is good publicity and he used to fuel it. However, As he has grown he no longer entertains the drama.

“The first time I had a scandal I thought any publicity is good publicity and I would react to it and fuel it. I would go to courts and wear caps… and I thought Brenda Fassie vibes. I thought celebrity, scandal. But when you get older, I thought (no). Don’t forget who you are,” he said.

He also revealed that he started his career in the entertainment industry at the age of six.